KGO
By Alix Martichoux
MONTEREY, Calif. (KGO) -- A humpback whale tangled up in Dungeness crab fishing gear off the coast of Monterey, Calif. was freed in a joint effort by the Marine Mammal Center and the U.S. Coast Guard.

The humpback was first spotted Saturday. The fishing line was wrapped so tightly around the whale's tail, it was cutting into its flesh. The weight of the fishing gear was so heavy, it had "anchored the whale in place," said the Marine Mammal Center in a press release. 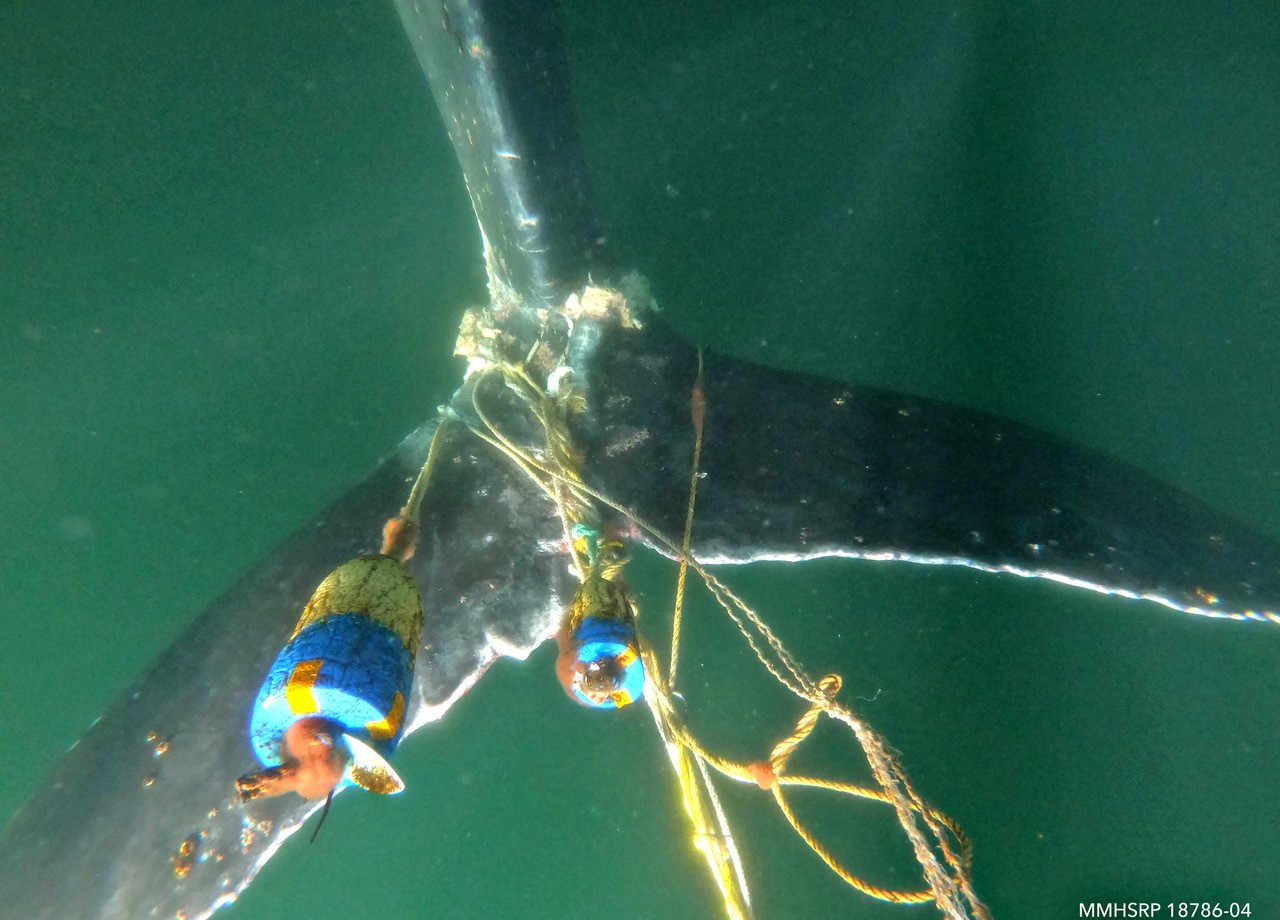 Fishing gear appears wrapped around the fluke, or whale tail, of a humpback whale in Monterey Bay prior to the May 18 2020 group disentanglement operation.

"They found that the entanglement involved three sets of commercial Dungeness crab gear. It is believed the whale first became entangled and began dragging a crab pot that caught two additional pots and associated lines and buoys. The weight of three combined sets of gear stopped the whale from swimming," explains the center.

The next day, a team was able to attach a tracking buoy to the approximately 40-foot whale, but due to weather conditions they weren't able to complete the rescue.

On Monday, the Coast Guard joined the rescue operations and were finally able to cut the whale free. 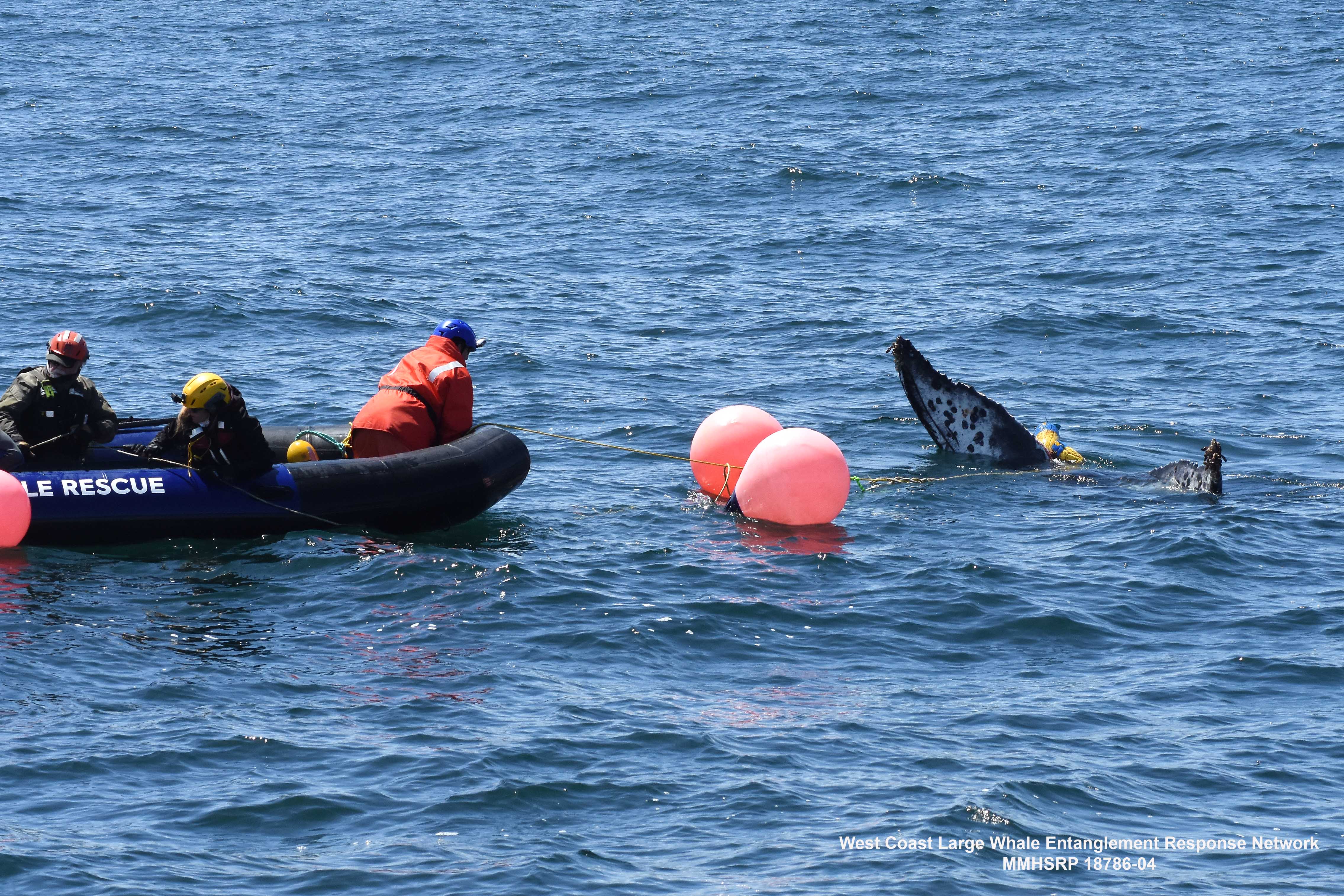 A trained response team, including several team members from The Marine Mammal Center in Sausalito, CA, approach a humpback whale entangled in fishing gear on Monday, May 18.

While disentangling the whale boosts its chances of survival, it doesn't guarantee it, says the Marine Mammal Center. This is the third time in the last month a whale has had to be disentangled off the West Coast.
Report a correction or typo
Related topics:
pets & animalswhalewhale watchingmarine mammal centeranimal rescue
Copyright © 2020 KGO-TV. All Rights Reserved.
More Videos
From CNN Newsource affiliates
TOP STORIES