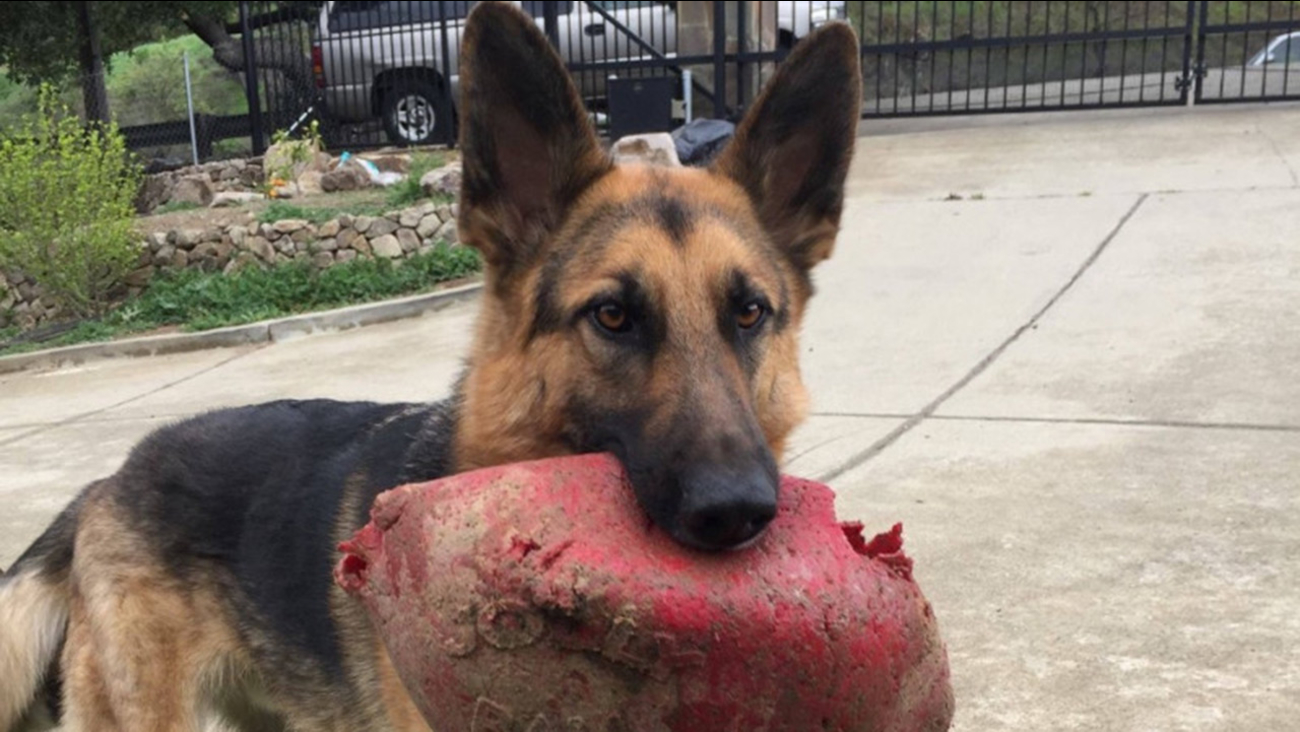 CASTRO VALLEY, Calif. (KGO) -- A German shepherd reportedly stolen from a woman's Castro Valley property while she was at home has been found dead, according to a Facebook page dedicated to finding him.

A post on the FIND Murfee Facebook page from today reported that Murfee was found dead on the woman's property.

"It's with a heavy heart that we have found Murfee. He is deceased. The people that took him put it in the car on JJ's property and we do not have much details other than this. He was found this morning when JJ drove out with shade to drive around. Please say a prayer to JJ and Pat that they find a little peace."

The woman said somebody stole her 3-year-old German shepherd, Murfee, from her front yard Sunday afternoon.

Jacobson says Murfee was playing outside with her other dog, Shade, between 3:30 p.m. and 5 p.m. on Sunday. And when Murfee was nowhere to be found after 5 p.m., "That's when I knew that somebody had stolen him," she said.

She says the fence was too high for Murfee to jump over and get out on his own, but she says it's possible someone who's been here and knows the property knew how to get inside and take her dog.

She filed a report with the Alameda County Sheriffs, who were treating this case as a suspicious circumstance, but they did not have any evidence that prove Murfee was dog-napped since there are no surveillance cameras in the area and no witnesses to Murfee's disappearance.