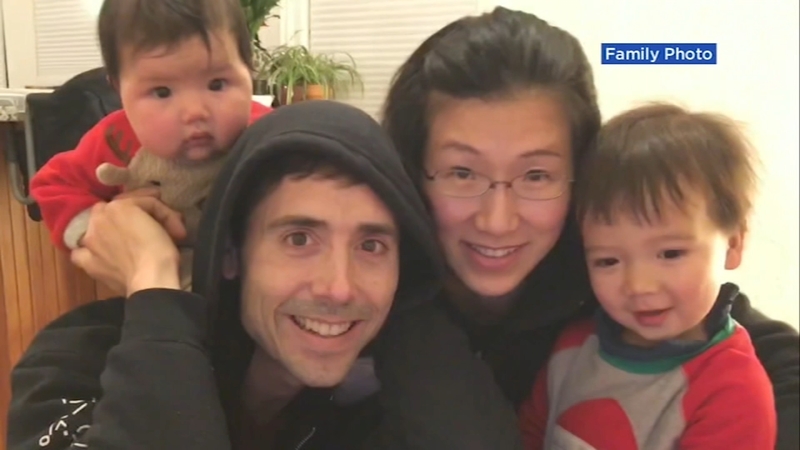 PLEASANTON, Calif. (KGO) -- The Pleasanton Police Department and Alameda County Sheriff's Office along with other agencies have ended their active search for the missing Berkeley man in the East Bay Foothills. But that doesn't mean the community is giving up.

Six days following his disappearance volunteers are continuing to meet up at Foothill High School to look for 37-year-old Philip Kreycik.

Among the group looking to bring the family peace was a team of Kreycik's coworkers from PG&E in the clean energy transportation department.

Crews have now packed up their gear and are headed home after five long days of an extensive search in the hills of Pleasanton for Philip Kreycik.

With the pandemic, they only had limited interactions with him in-person, but they aren't turning their back on their missing teammate.

"He was always a joy to work with and extremely in his field. I think I speak for our entire team when I say we are very lucky to have him to work with," said Maya Wolf.

Crews dismantled the command center Wednesday night, and while the full-time search is finished, they say they aren't done yet.

The Alameda County Sheriff's Department concluded late Tuesday there are only two possibilities in the search for Kreycik.

Officials say he is either "incapacitated or unresponsive," or he just isn't up in the Pleasanton hills.

The search for the 37-year-old man has been concentrated on 50 square miles of wilderness.

In total, nearly 300 search and rescue personnel, some from as far away as Placer and Solano counties, scouted the rugged terrain over the course of five days, with hundreds of volunteers organized by Kreycik's family.

In an exclusive interview with ABC7 News, Kreycik's wife Jen Yao told us that she's not giving up hope in finding her husband.

"I know in my heart of hearts he's out there. He's out there and he's alive and he's waiting for us. And maybe he's dehydrated, maybe injured, delirious," says Yao.

During that interview, the family said all of this has been a struggle. Yao says she is doing her best to continue caring for their children.

Police and hundreds of volunteers are searching for a missing 37-year-old man in Pleasanton.

"It takes every molecule in my body to stay in the moment," says Yao who continued, "And every fiber of my being is taking care of our kids during this time."

Those in the community say the disappearance of Kreycik truly hits home.

"He's got two kids, I've got a two-year-old myself so yeah I know, I can imagine the anxiety they must be feeling," says Imad Ali who lives nearby.

"This is a very bright man who went to Harvard and MIT, a man that's analytical in his thinking, a guy that runs ultramarathons," explained Sergeant Ray Kelly with the Alameda County Sheriff's Department.

Police told ABC7 that Kreycik dropped off a package at a parcel store in Oakland before he vanished.

They say the package contained a return of some sort.

Wednesday morning, volunteers organized a search after a couple reported hearing a "cry for help" Tuesday night while walking near a canyon in Sunol. The overnight search was a dead-end for volunteers and did not provide clues into the man's disappearance.

Tuesday, the Alameda County Sheriff's Department concluded a missing Philip Kreycik is either "unresponsive," or he isn't up in the Pleasanton hills.

Kreycik went missing as he parked his car and left his cell phone in it, before embarking on an 8-mile jog at 10:45 a.m. on Saturday in Pleasanton Ridge Regional Park. It was 106 degrees outside at the time.

Law enforcement will remain on hand, but they will mostly follow leads from public tips.