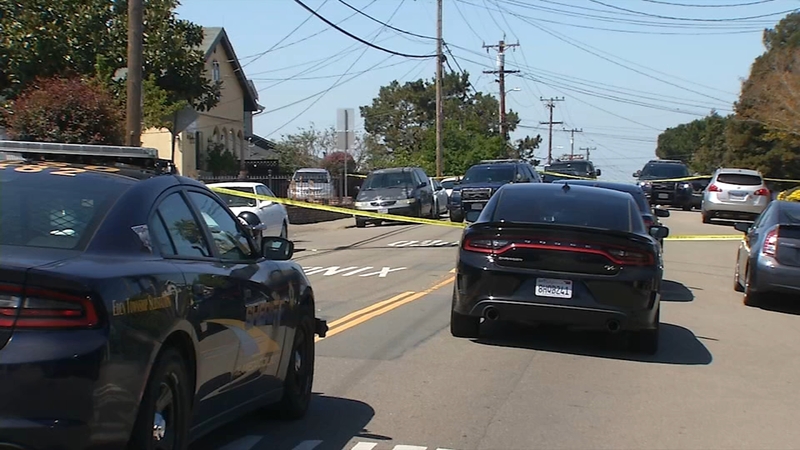 HAYWARD, Calif. (KGO) -- A man was shot and killed Saturday by Alameda County Sheriff's Deputies after authorities say he opened fire on them.

One of those deputies was hurt, grazed by a bullet that investigators say flew past his head.

The shootout happened at 3:45 a.m. on Second Street, near Campus Drive. That's in the Fairview area in the unincorporated Hayward Hills.

Sheriff's officials say neighbors called 911, reporting a man was threatening them with a gun. Responding deputies set up a perimeter and then found the man hiding behind a fence.

"The subject had a gun. they immediately said drop the weapon. The individual did not drop the weapon. He raised the weapon and fired multiple rounds. now I'm being told. One of those bullets whizzed by the head of our deputy, narrowly striking him in the head. Had he been hit, that would have been fatal,"

Sheriff's officials say the man who was killed was a 26-year-old Filipino man, who had a long criminal history for shootings, assaults, robbery, weapons, burglary and auto theft. He was on parole.