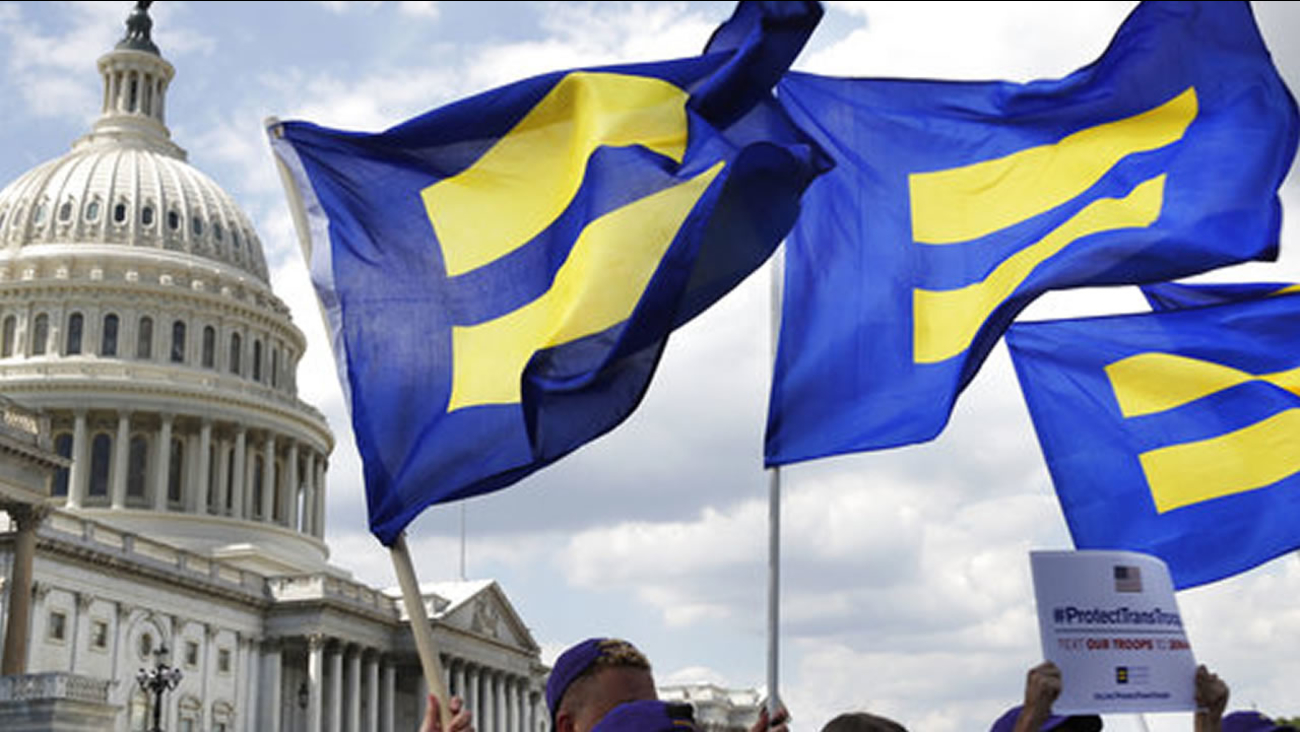 People with the Human Rights Campaign hold up "equality flags" during an event in support of transgender members of the military on July 26, 2017, on Capitol Hill in Washington. (AP Photo/Jacquelyn Martin))

Meanwhile, Brown vetoed several bills that sought to expand rights of women at work and school. One would have guaranteed at least six weeks of full pay for teachers and other school employees who need to take pregnancy-related leaves of absence.
Brown he previously signed other legislation allowing extra pay for teachers who have children and believes further expanding paid leave should be a subject of collective bargaining agreements between unions and school administrators.