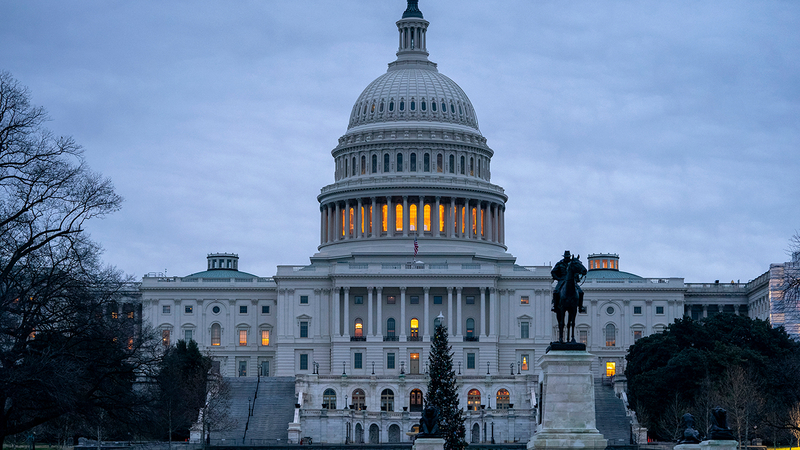 CORTE MADERA, Calif. (KGO) -- This Friday was the second payday that most federal employees missed since the government shutdown. With bills to pay and creditors looking to get paid, many employees are looking forward to their first paycheck.

The problem is, most still don't know when that will be.

Coast Guard Chief Michael McClantock and his family met Billy Aldrich and his wife for dinner at the Cheesecake Factory in Corte Madera.

Aldrich, a Vietnam War veteran, says they took the McClantocks to dinner to honor his service, and to treat them to a meal since McClantock isn't getting paid.

"You know, they are just toughing it out. They don't say a lot. They are proud. (But), it has got to be tough," says Aldrich.

And it has been. Chief McClantock is a health services technician with the Coast Guard's Pacific Strike Team based in Novato. He goes to work but he hasn't been paid for weeks due to the government shutdown.

"The past few weeks have been stressful and difficult. There have been loans and payment deferments," explains his wife Heather McClantock.

Heather says they were happy to hear the White House announce a three-week stopgap bill that will reopen the government through at least February 15.

"I'm so grateful this seems to be over for now, but I'm nervous because it's really just a band-aid, and I'm afraid that we're going to be in the same exact position in three weeks," says Chrsitine Kroll.

Kroll's husband works at the Coast Guard Island Command Center. She says there are behind on bills and using their savings to pay rent.

Across the Bay Area, many Coast Guard families have turned to local food banks and other charities just to meet basic needs, like food.

And even if the government shutdown is over, most still don't know when they'll be paid.

"Do I turn my bills back on auto pay? Do I go back and pay all these bills that I've turned off? Or, do I hoard this paycheck because I'm nervous. Will we be able to pay for our kids' food?" asks Kroll.

Some federal workers took advantage of no-interest loans they were offered, which are supposed to be paid as soon as the government reopens. But many are trying to figure out since this is new bill is just a temporary fix, if their loans are now due as well.

If you were affected by the shutdown, you can share your story with us here.