ABCNews
By Rachel Scott
WASHINGTON, D.C. -- Former United States Vice President Joe Biden is under fire for a harrowing war story he has told on the stump for years.

"One of his buddies got shot, fell down a ravine about 60 feet," he said.

Bravery and heroism unfolding on the battlefield- a soldier's heroic fight to retrieve the body of one of his own.

The former VP recounting it all to a crowd in New Hampshire just last week.

"This guy climbed down a ravine. Carried his guy up on his back under fire, and the general wanted me to pin the silver star on him," Biden said.

As Biden tells it, the navy captain refused the honor.

But according to The Washington Post, Biden conflated several facts of that story.

Among the list of inaccuracies, the time period, the location, the heroic act, the type of medal, the military branch, the rank of the recipient, and his own role in the ceremony.

Biden did pin a medal on a different solider in Afghanistan- who tried to save one of his comrades from a burning vehicle.

That man was army specialist, Kyle White Workman, who admitted to The Post, he is the one who told Biden, he did not want it because his fellow soldier died.

Biden has responded to this report, pushing back, saying the "central point" of the story is true. The heroism and bravery, still there, even if those key facts about time and place aren't.
Report a correction or typo
Related topics:
politicssupreme courtnavysoldiersjoe bidenpoliticsafghanistan
Copyright © 2020 ABC News Internet Ventures.
JOE BIDEN

Ahead of Nevada caucuses, Dem candidates focus on Bloomberg 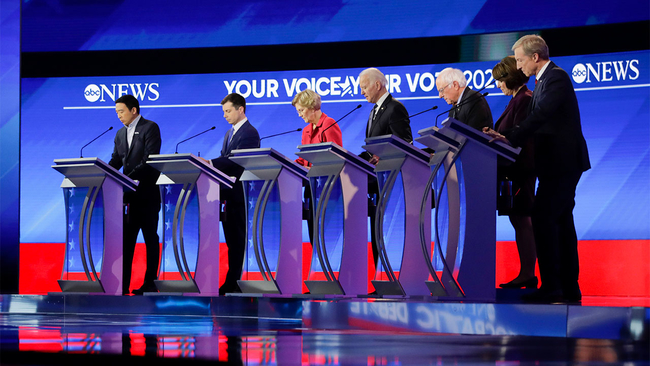 Democrats clash over electability in struggle to oust Trump