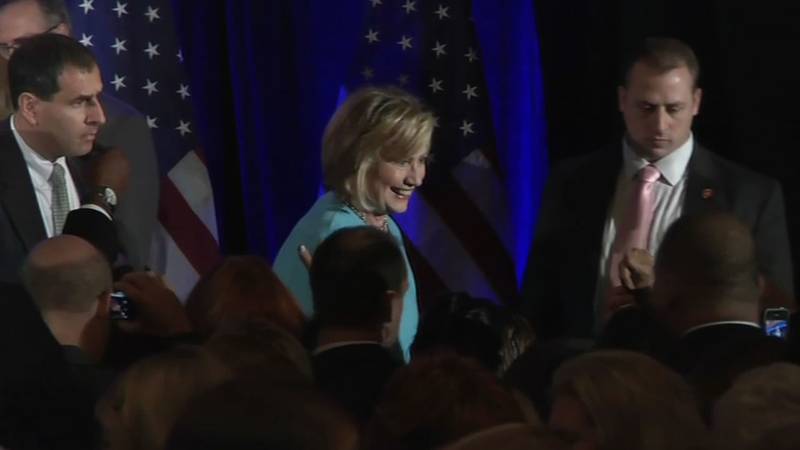 SAN FRANCISCO (KGO) -- Hillary Clinton is about to formally throw her hat in the ring for president in 2016.

In fact, she's already made a video recording of her big announcement which is expected to come out Sunday.

Political strategist Kate Maeder has had an "I'm ready for Hillary" mug and sign in her San Francisco financial district office window for months.

"I've been ready for Hillary for so long I'm ready to swap out my window signs because the sun is getting to it," said Maeder.

The "Ready for Hillary" grassroots organization has been holding rallies and raising money.
And now it appears Mrs. Clinton is also ready to officially announce a 2016 presidential run.

The former first lady and secretary of state lost back in 2008 but has hinted she would try again.

She's visited the Bay Area several times. In March, she made a surprise appearance at an eBay conference where she spoke about gender and equality in Silicon Valley. And back in October she headlined a fundraiser with House Minority Leader Nancy Pelosi.

"In terms of Hillary running this is definitely connected because it's about empowering women and so I'm very eager to so the nature of the rollout of her announcement," said Pelosi.

She says Hillary can and will win.

Meanwhile, Harmeet Dhillon, Vice Chairman of the California Republican Party says Clinton is not fit to be president. Dhillon mentions the recent email scandal where Clinton is accused of using a personal email account for official work while secretary of state.