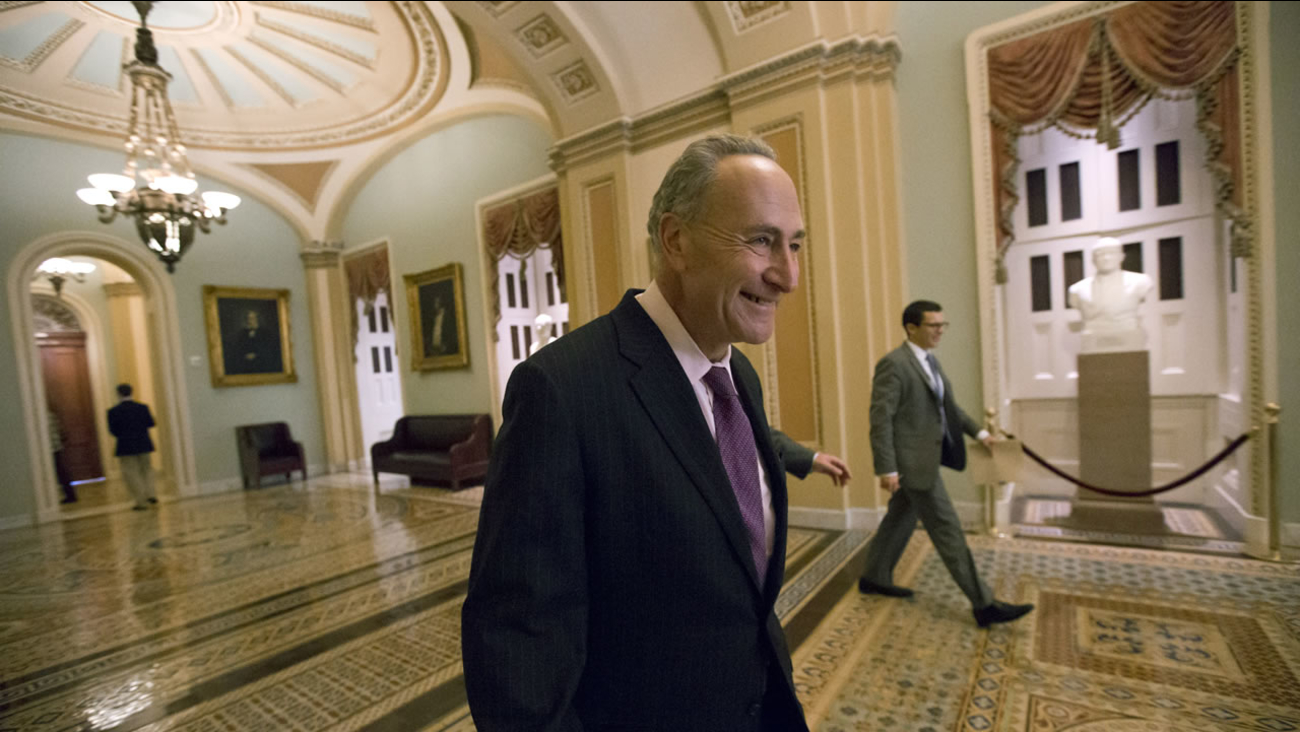 WASHINGTON -- Legislation to stop suspected Nazi war criminals from receiving U.S. Social Security benefits will be introduced soon, members of Congress announced Thursday, the latest response to an Associated Press investigation that revealed millions of dollars have been paid to former Nazis who were forced out of the United States.

A bill crafted by Sens. Chuck Schumer of New York and Bob Casey of Pennsylvania will be offered in mid-November, when Congress returns to session following the midterm elections. House lawmakers said they are working on similar legislation.

The AP's investigation, published Sunday, has triggered outrage on Capitol Hill, in the editorial pages of newspapers across the country, and from the White House, which said former Nazis should not be getting Social Security benefits.

"It is simply perverse that these criminals have been able to live comfortably abroad thanks to the American taxpayer," Schumer said.

Casey credited the AP with revealing "a gross injustice" and said he's hopeful that "Democrats and Republicans will come together to fix this problem in the very near future."

A separate bill proposed by the Republican chairman of the Ways and Means subcommittee on Social Security and the panel's top Democrat would also require the Social Security Administration to produce a report on the number of Nazis whose benefits have been terminated.

"By leaving the country voluntarily, instead of being deported, these murderers were able to keep their benefits," said the subcommittee chairman, Rep. Sam Johnson, R-Texas. "Congress must stop these benefit payments now."

Rep. Carolyn Maloney, D-N.Y., demanded Monday that the inspectors general at the Justice Department and Social Security Administration conduct an "immediate investigation" into the benefits payments.

Maloney said her congressional office has received dozens of calls in the last few days. "People are approaching me at events and indicating that they want to see the bill passed - and quickly," she said.

The Schumer and Casey bill would deny federal public benefits such as Social Security to individuals who participated in the Nazis' persecution of Jews and other civilians during World War II, according to a statement from Casey and Schumer.

Their legislation would end benefits relatively quickly - within 60 days of an immigration judge's order declaring a Nazi persecutor "to be ineligible for any public benefit and prohibiting any person from providing such a benefit." Suspects who lose their benefits could seek a review of the decision by the U.S. Court of Appeals.

Schumer and Casey are members of the Senate Finance Committee.

Schumer has for years sought to close the loophole. In the 1980s, when he was in the House, he said the loophole was "often used as a basis to plea bargain." Yet attempts to shut off the benefits failed, due in part to opposition from the Justice Department. The law enforcement agency argued that closing the loophole would undermine its ability to remove Nazi suspects as quickly as possible to countries that would prosecute them.

But Justice Department Peter Carr told the AP that the department is now "open to considering proposals addressing this issue."

The Social Security Administration did not immediately respond to a request for comment on the proposed legislation.

The agency also has refused the AP's request that it provide the total number of Nazi suspects who received benefits and the dollar amounts.

The AP last week appealed the agency's denial of the information through the Freedom of Information Act. The appeal also cited several concerns about the Social Security Administration's handling of the FOIA request, including the agency's alteration of the request "in a manner serving both to undercut AP's inquiry while simultaneously sparing the SSA from having to disclose potentially embarrassing information," the Oct. 16 appeal said.