KGO
By Vic Lee
SAN FRANCISCO (KGO) -- The dozens of people who testified at the supervisors public safety committee hearing all said they supported the health department's task force's recommendation that the city should open up safe injection sites.

City health researchers on the task force said their mission was to create a safer environment for all and that included drug users.

The city's injection sites would be modeled after the program in Vancouver, British Columbia, once a city where overdoes were a part of everyday life.

Under its program called Insite, addicts come to a clinic with drugs most likely bought on the streets. They go into a private booth where they shoot up under the supervision of a nurse.

They then relax in what's called a "chill out room" where they can talk to case workers, who can help them get into rehab programs if they want.

What the Vancouver program has found after more than a decade in service is that they're reducing the large number of overdose deaths and getting about a third of the injection site users into rehab.

RELATED: Two mothers overdose on heroin with infants in backseat

But to open the injection sites, San Francisco will have to go around federal laws which make street drugs illegal.

That may mean declaring a city public health emergency.

Mayor Ed Lee has yet to take a position.

He says it has to be a site or venue where there is supervision and help for the addicts and not just a place where people can inject themselves.

The committee is asking the health department to look at the legal issues and the costs of setting up the sites before recommending it to the full board.
Report a correction or typo
Related topics:
politicssan franciscohealthillegal drugsdrug treatmentdrug addictionheroindrugu.s. & worlddrugs
Copyright © 2020 KGO-TV. All Rights Reserved.
RELATED 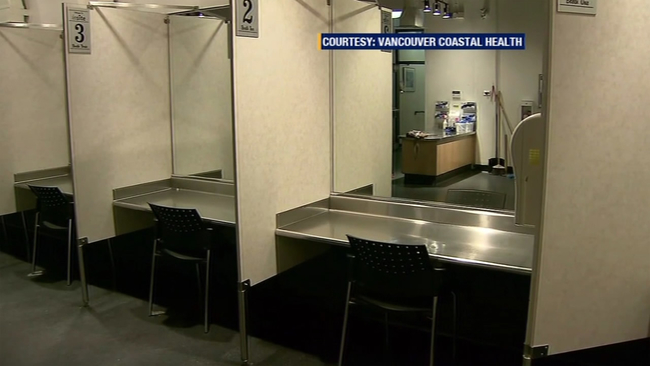