Pres. Obama back in the Bay Area for fundraisers

KGO
By by ABC7 News staff 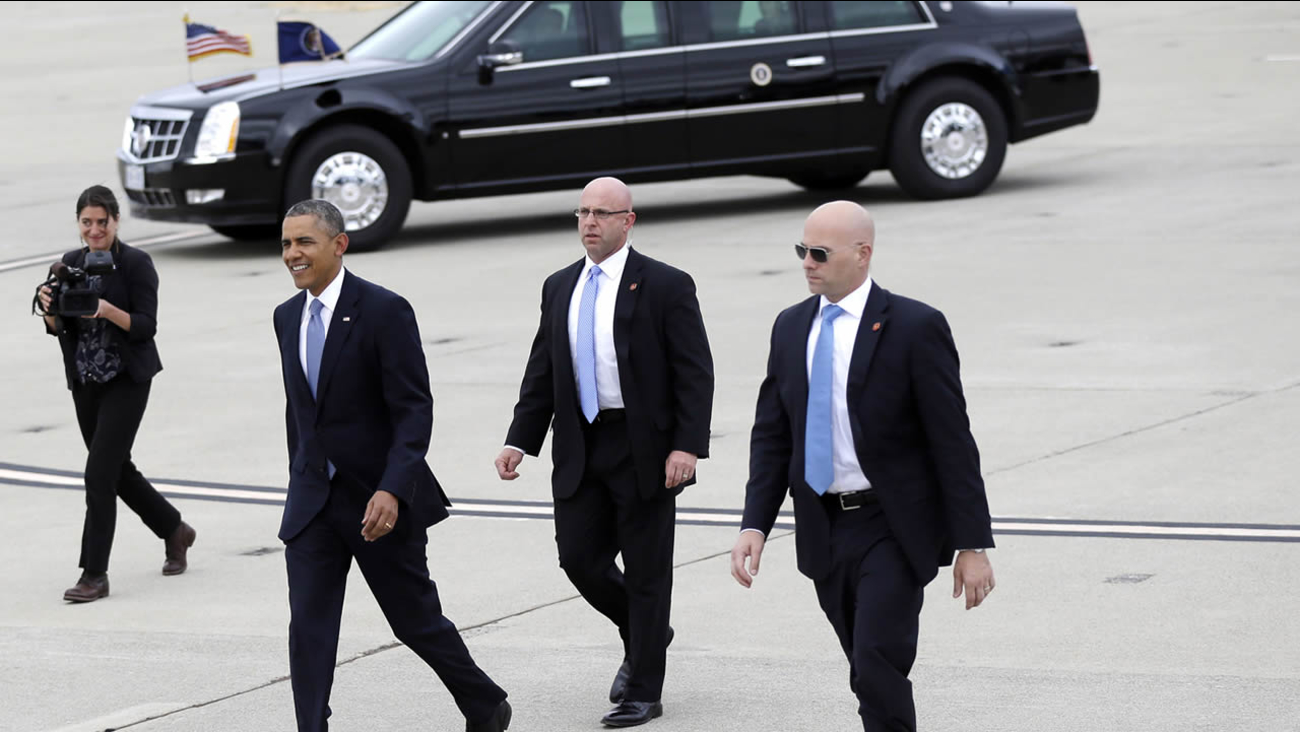 Pres. Obama is flanked by Secret Service agents as he arrives on Air Force One at Moffett Federal Airfield on May 8, 2014, in Mountain View, Calif. (AP Photo/Marcio Jose Sanchez)

SAN JOSE, Calif. (KGO) -- President Barack Obama is in the Bay Area once again. With midterm elections only six months away, the president is back to raise money for his party and to gather momentum among young voters.

The first stop was a private event in Los Altos at the home of Anne Wojcicki. She founded the human genome research firm 23andMe. A group of about 30 paid more than $32,000 each to attend.

The big haul comes second, at a fundraiser at the Fairmont Hotel in San Jose.

A group of activists opposed to the controversial new section of the Keyline Pipeline, which would run from the Canada to the Gulf Coast, gathered outside the hotel to protest the president's appearance. 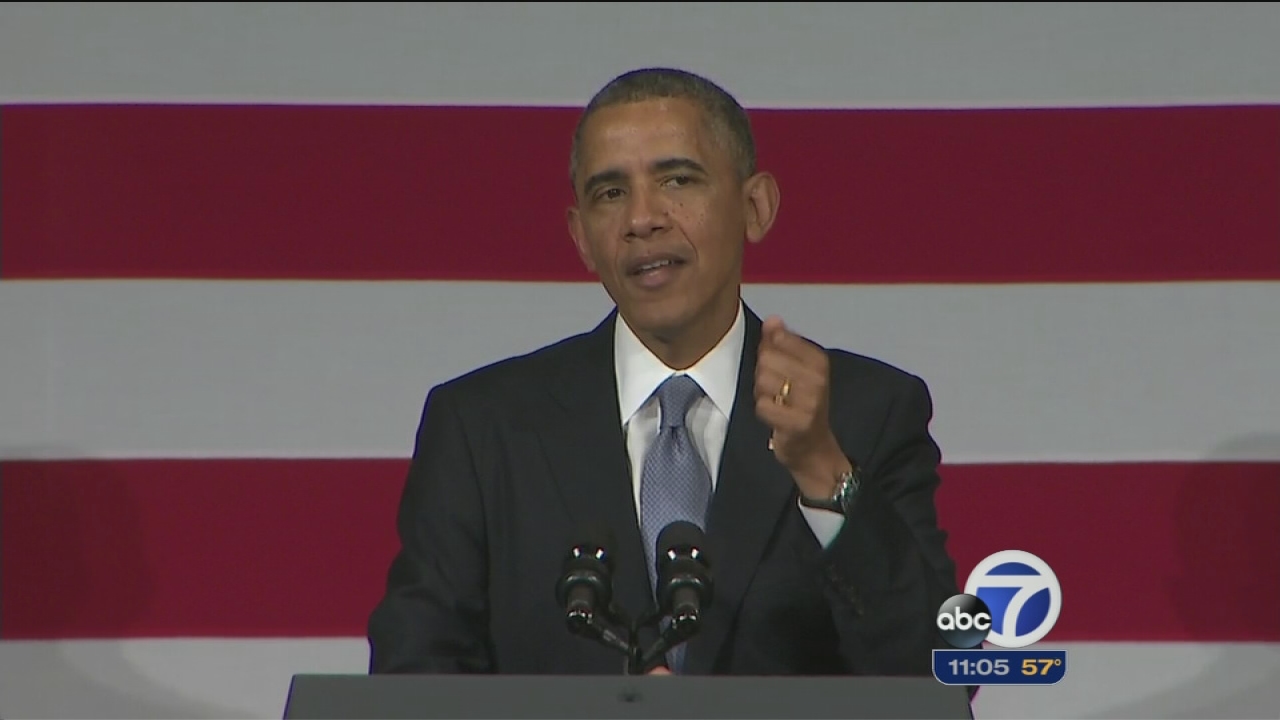 President Obama attends fundraisers in Bay Area
Thursday President Barack Obama passed by a hundred protesters on his way to a fundraiser in San Jose where people gathered to hear him speak.

Others, however, were excited for the president's event. About 250 people are expected to attend. Tickets cost between $1,000 and $32,400. The event is co-hosted by Yahoo CEO Marissa Mayer. It was originally supposed to be at her house, but it got too big.

Though both Wojcicki and Mayer are very involved with the Democratic Party, recent polls find that 75 percent of voters between the ages of 18 and 29 will ignore the 2014 midterm elections. In fact, a poll conducted by the Harvard Institute of Politics found that only 23 percent of younger voters said they would definitely be voting in those elections. That's an 11-point drop from a similar poll done in December. 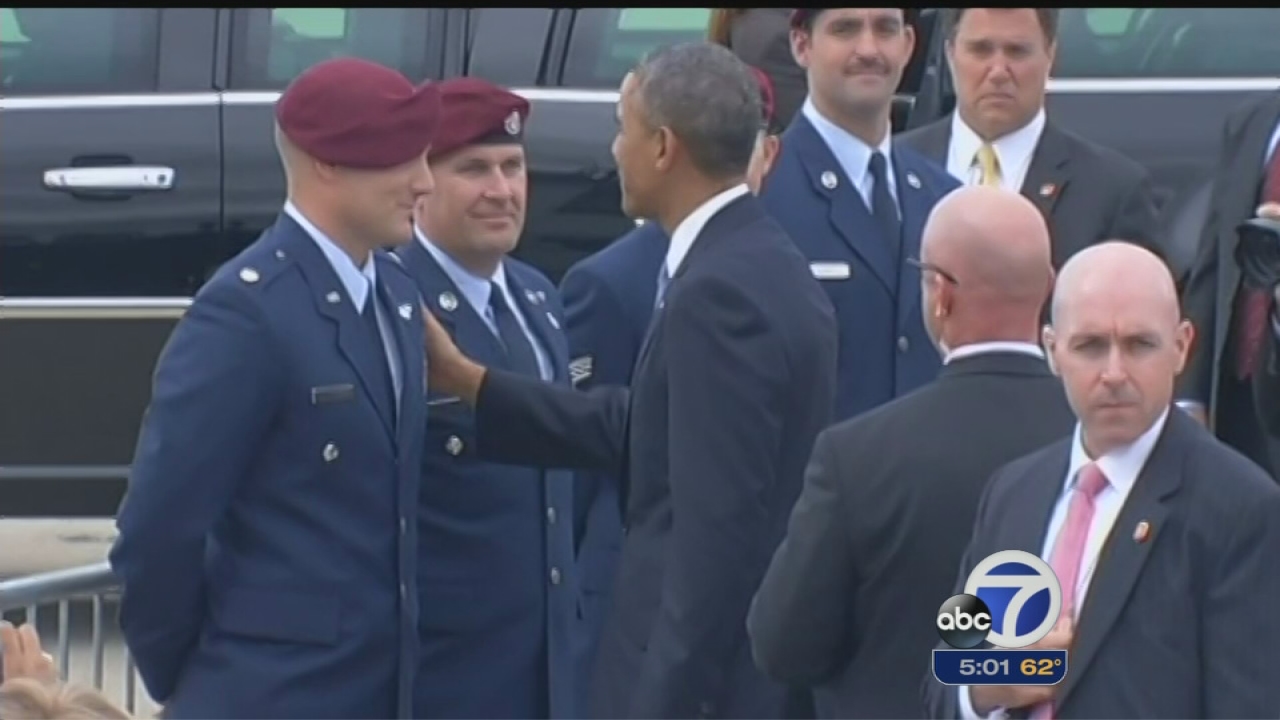 "Voter turnout is consistently lower in the midterm election and especially in the primaries, but what is encouraging is we are seeing more focus on women particularly single women and young women," she said.

While the republicans are expected to do better than the democrats, the GOP admits it has failed to connect with young women.

"What we need to do is we need to really deliver a message to them that we really want to partner with them to help them achieve their dream," said GOP consultant Duf Sundheim.

Even though his fundraising days are over, President Obama is still a magnet to attract cash to fill the coffers of other democratic candidates. And he's using that drawing power in the Los Altos Hills, where a small group of tech executives paid just over $32,000 each to sit down with him.

So what's in it for tech executives to make such big political donations? The answer is access. In this case it means sitting around a large table -- just 25 of them -- to have direct access to the president.

Silicon Valley is learning that its interests are often impacted by federal policies or laws about privacy, net neutrality, immigration reform, and export restrictions.

The money they donate can also help to elect members of Congress, who will vote on legislation that could help or hurt their businesses. Donations, access and votes are closely linked, according to Daniel Newman from the nonpartisan, nonprofit group Maplight that monitors those activities.

"We find that on issue after issue on average, members of Congress tend to vote with the side that gives them the most money," said Newman. "So absolutely, that access and money does buy influence."

A who's who of high tech executives have already backed Ro Khanna, a former Obama administration official. One of them is Marissa Mayer, who is co-hosting the president's fundraising event Thursday in downtown San Jose. Khanna is trying to unseat longtime incumbent Mike Honda, who has the president's endorsement.

Democrats are facing several tough races, such as this, in the midterm elections. It's a point not lost on republican challenger Vanila Singh, a Stanford physician and professor.

"Certainly his trip out here is a reflection of that and it's probably for good reason," Singh said. "The country's still hurting; labor force participation rate is at a 35-year low, and that's concerning. That shows that real Americans are having real problems and that's going to reflect in the midterm elections." 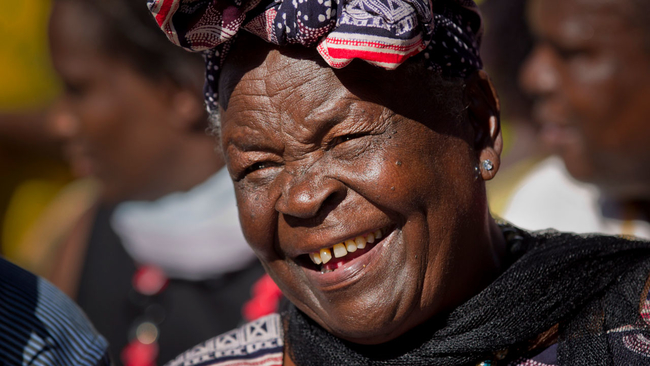