Who is Doug Jones? Meet the Democrat who upset the Alabama Senate race 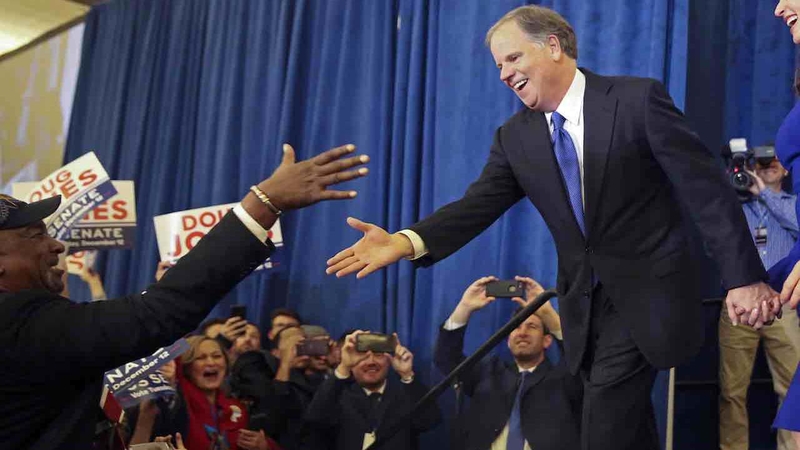 Who is Alabama's Doug Jones?

In a shocking upset, Democrat Doug Jones is projected to become the U.S. senator-elect for the state of Alabama, defeating Republican Roy Moore. The state has not elected a Democrat to the Senate since Richard Shelby was re-elected in 1992. Shelby later became a Republican and still serves in that seat.

"Doug Jones is a man of character and integrity who is unafraid to stand up for what's right and has a proven record of independence that will serve Alabama families in the U.S. Senate," DSCC Chairman Chris Van Hollen wrote in a statement Tuesday night.

So, who is the new politician that carried the deeply conservative state?

Gordon Douglas Jones, known as Doug, studied political science at the University of Alabama, followed by law at the state's Samford University in 1979. He rose to prominence in 1997, when Bill Clinton named him US Attorney for the Northern District of Alabama.

With a month left in the campaign, the Washington Post reported on the stories of four women who accused Moore of preying on them as teenagers, including one woman who said she was 14 at the time, when Moore was a prosecutor in his 30s. Additional allegations followed, upending the race. Although Trump supported him until the race ended, he later tweeted Moore's loss vindicated his endorsement of Luther Strange in the primary election.

The reason I originally endorsed Luther Strange (and his numbers went up mightily), is that I said Roy Moore will not be able to win the General Election. I was right! Roy worked hard but the deck was stacked against him!