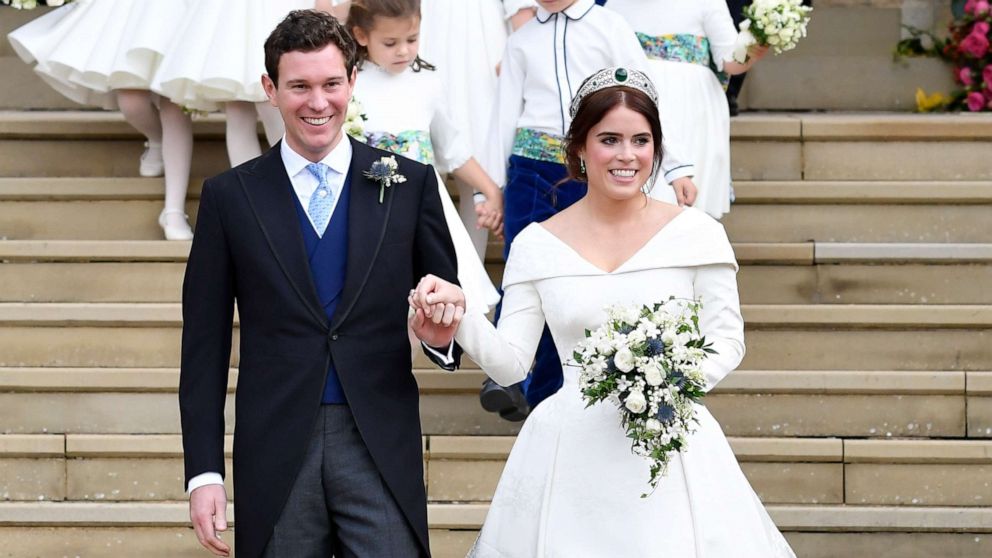 Another royal baby is on the way.

"Her Royal Highness Princess Eugenie and Mr Jack Brooksbank are very pleased to announce that they are expecting a baby in early 2021," the palace said in a statement. "The Duke of York and Sarah, Duchess of York, Mr and Mrs George Brooksbank, The Queen and The Duke of Edinburgh are delighted with the news."

Princess Eugenie, 30, also shared the news on Instagram, "Jack and I are so excited for early 2021...." next to a photo of tiny teddy bear slippers.

Eugenie is the younger daughter of Prince Andrew and Sarah Ferguson, the Duke and Duchess of York, who will be first-time grandparents.

Sarah Ferguson took to Twitter to celebrate the news, writing, in part, "Welcoming a new baby into the York family is going to be a moment of profound joy."

The new baby will be the ninth great-grandchild for Eugenie's grandparents, Queen Elizabeth and Prince Philip.