Hundreds of people showed up at George Washington High School Thursday afternoon to closely examine a controversial mural depicting African Americans and Native Americans in a negative light. In June, the school board voted to paint over this work of art titled, "Life of Washington," referring to the nation's first president.

SAN FRANCISCO (KGO) -- Hundreds of people showed up at George Washington High School Thursday afternoon to closely examine a controversial mural depicting African Americans and Native Americans in a negative light. In June, the school board voted to paint over this work of art titled, "Life of Washington," referring to the nation's first president.

People only had two hours to examine the panels that have lived at George Washington High School since 1936. Even a few of those who attended the school years ago say they had never noticed the depictions that offend so many, such as the dead Native American whose land was taken from him. Another panel shows enslaved African Americans.

"You come to school to broaden your horizons, not to have the people that you come from, denigrated," said Francee Covington, who is on the San Francisco Fire Department Commission.

Yes, those on the other side of the argument say this is part of America's dark past.

"I'm offended by people wanting to paint over it and destroy history," expressed Debra Wilensky, whose son and other relatives have attended the school.

But Amy Anderson, a parent at the school, sees it a different way. To her, the dead Native American shows they did not escape their troubled circumstances.

"Recall the school board, every one of them," said Susan Stauter, the former Artistic Director for the San Francisco Unified School District.

On June 25, the school board voted to paint over the entire mural, which was done by Russian artist Victor Arnautoff. Both his grandson and great-grandson were also at the school on Thursday.

"There's so much here that provokes discussion about our history and that that's the value of it," explained Peter Arnautoff, the artist's grandson who lives in Marin County.

Art historians, educators and even museum curators around the world have signed a petition in protest.

The chief curator of the San Francisco Museum of Modern Art, Janet Bishop, said works of art have been this controversial in the past.

"But they were covered, they weren't destroyed," Bishop explained. "It's really important to take the long view and think about what these murals mean to the city."

In the Fall, the school board will discuss the timeline for painting over the mural. In the meantime, there are plans to put a measure on the March 2020 ballot asking voters to decide what to do with "Life of Washington." 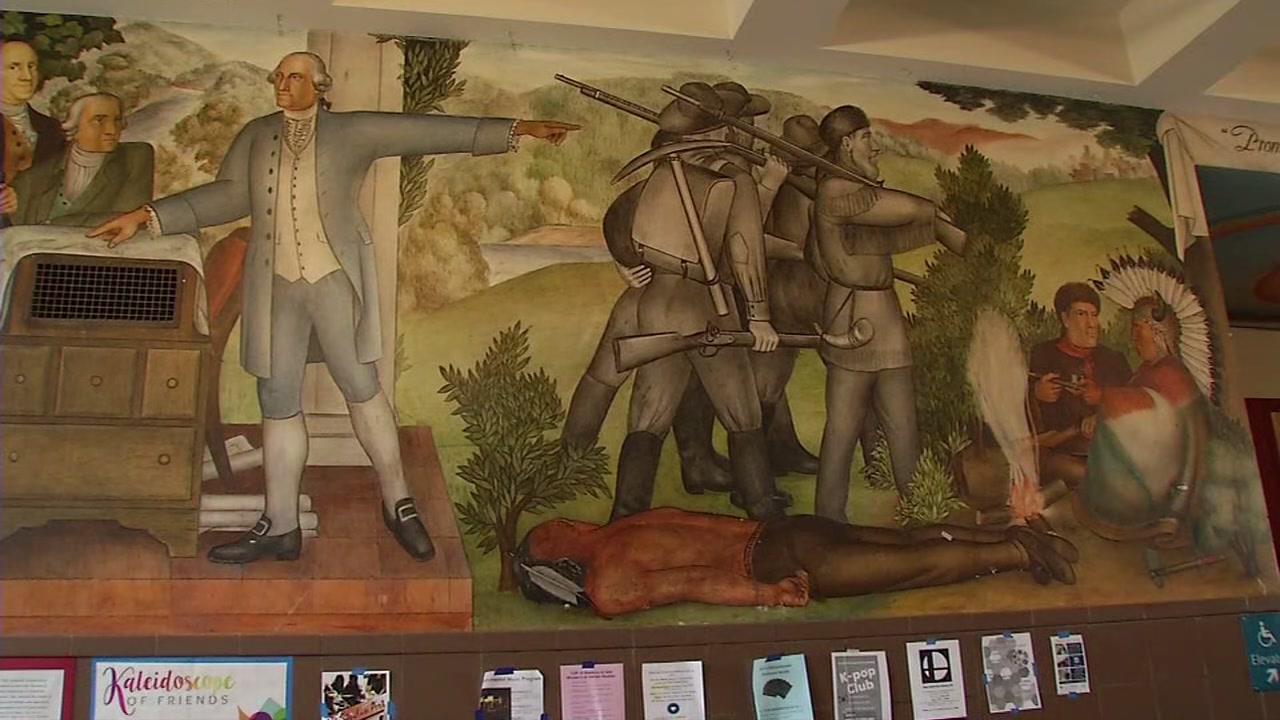