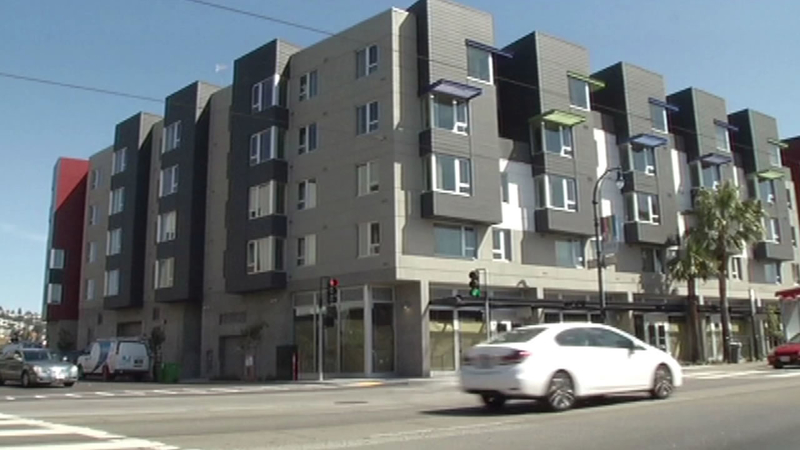 SAN FRANCISCO (KGO) -- Everyone knows San Francisco is just about the most expensive housing market in the nation, but several affordable housing projects are in the pipeline.

Tenants are now moving into one that helps meet the needs of a specific group - young people.

San Francisco Mayor Ed Lee says he likes to show up for housewarmings to reflect the city's commitment to affordable housing.

Charisma Aaron received the keys on Wednesday to an Ocean Avenue apartment. She spent years in the foster care system but despite the challenge, is now attending college and says having this stability will make a difference.

"This is permanent housing that's going to help me further my education and really focus in to get my degree," Aaron said.

A city report indicates San Francisco needs at least 400 units of housing for youth like Aaron. There are now 120 units open, including the 25 apartments in her building.

There are 45 units for families, with all the tenants paying 30 percent of their income for rent.

"We used to feel it was insane if we got 1,000 applications. Now it's stepped up. I believe hope is on the way for some folks. Clearly buildings like this make a difference," Mercy Housing California spokesperson Doug Shoemaker said.

"This is in a line of housing that hasn't been built in an aggressive way in many years, but we have lots of needs. We've got thousands of people on the waiting list," Mayor Lee said.