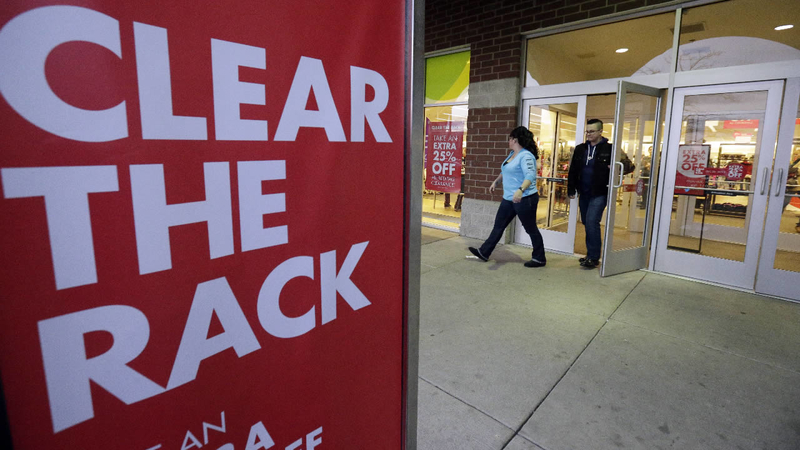 FREMONT, Calif. (KGO) -- It's crunch time for last minute Christmas shoppers, but there are still deals to be had.

Retailers and shoppers are in the frantic final hours, but today's shopping procrastinators may have a few advantages.

Some stores are offering extra markdowns for today's shoppers and even post-Christmas sales prices. The lines are predicted to be shorter as well.

A Toys "R" Us in Fremont has been open 24 hours and will stay open until 9 p.m. Christmas Eve.

Yes, some stores have been open 24 hours ! Get your shop on pic.twitter.com/v3x1Z40kGU

Cindy Umanzor did most of her shopping online, but just found the land of deep discounts at The Village at Corte Madera where there are 40, 50 and even 70 percent-off deals. Retailers are clearly making a last-minute push to get shoppers into their stores.

Umanzor said, "Maybe I should wait until last minute next year because some of these deals are better than online deals."

If you have not finished your Christmas shopping , it's not too late as many stores will be open through Thursday evening.

Who all has been hitting the stores?

Some are people who work odd hours.

Nancy Hickox works two jobs and this is her first time being able to shop for anyone on her list. She says what fun it is to shop and buy when it's not as crowded.

"I feel very relaxed," she said.

Kohl's manager says they finally have some relief after attending to long lines until 3 a.m.

Regardless, retailers made sure to keep their shelves stocked with goods.

"I think I found a lot of deals. I came from Best Buy. Now, I am working on number two, then off to Costco. I have a busy day ahead of me!" said Hickox.

Some say the best deal - short lines early in the morning.

Meanwhile, retailers want to draw people in with extend hours. Below is a list of stores open this Christmas Eve: