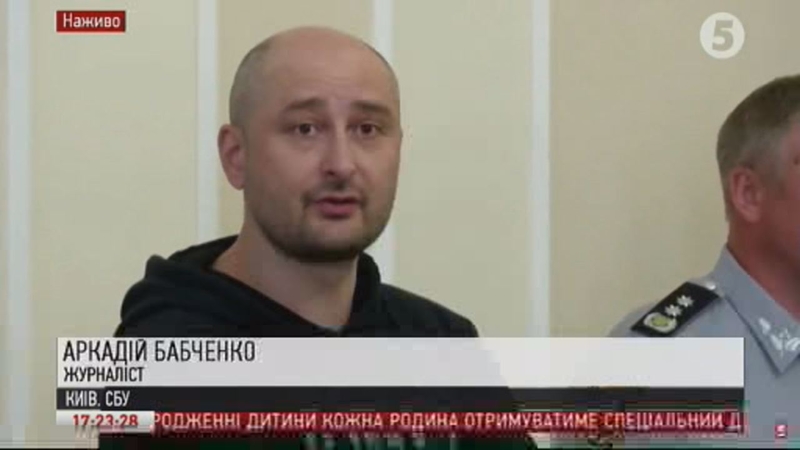 MOSCOW -- The head of the Ukrainian Security Service says investigators have identified a Ukrainian citizen who allegedly was paid $40,000 by the Russian security service to organize and carry out the killing of an exiled Russian journalist.

Vasyl Gritsak announced at a news conference Wednesday that the security agency and police had solved Arkady Babchenko's slaying, which turned out to have been faked.

To the applause and gasps of the press, Babchenko took the floor at the news conference and apologized to the friends and family who mourned for him and were unaware of the plan.

Kiev and national police had said Babchenko, a strong critic of the Kremlin, was shot multiple times in the back at his apartment building on Tuesday and found there bleeding by his wife.