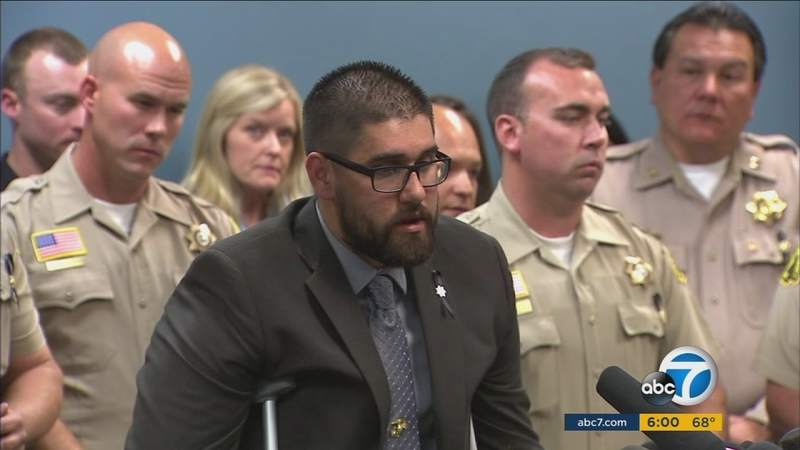 SAN BERNARDINO, Calif. -- Law enforcement officials who were the first to respond to the San Bernardino terror attack spoke out on Tuesday and recalled the confrontation they said they will never forget.

Many men and women who wear their uniform proudly everyday said in a news conference held at the San Bernardino Police Department that they ran into the Inland Regional Center not knowing what was ahead of them.

"...I recognized that there were several with gunshot wounds. I recognized those wounds as life-threatening, and I advised my partner to lower the bed of his truck because we had unmarked vehicles and we began loading up the victims immediately," said Mason Scarano, a probation officer.

San Bernardino police were the first to head into the IRC building as the first radio calls of an active shooter started going out, and said they were not sure if the shooter was still inside the conference room. 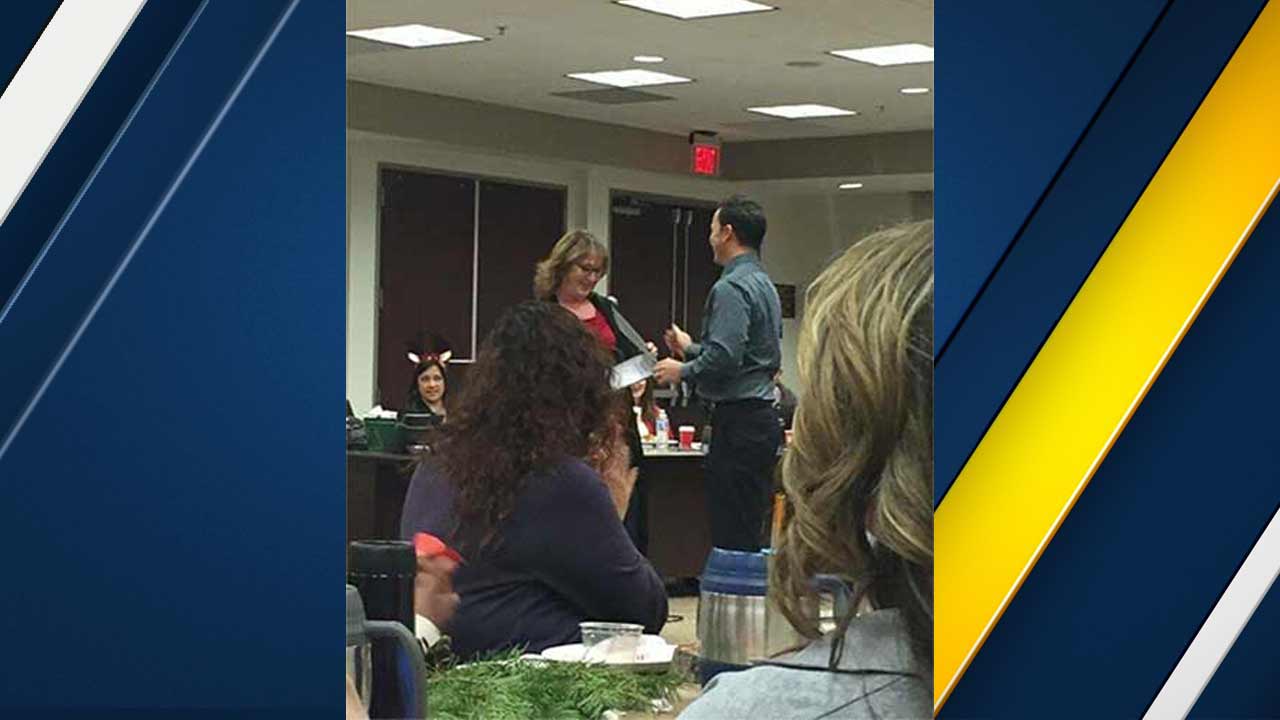 As many officers spoke of how they had to set their fears aside to protect the victims inside the building, others such as Nicholas Koahou, who was one of the officers injured in the attack, spoke of the shootout they had with the gunmen.

"I looked down at my leg and saw there was a bullet hole in it but I quickly assessed myself," he said. "Another deputy rendered some aid while I laid down covering fire for him, and when I got back up to my feet, that's when officers brought a unit up to try to extract me from the gunfight that was still happening."

Authorities from other agencies such as Fontana police, who happened to be in the area at the time of the shooting, also spoke about the horrific sightings as they quickly responded to aid without even finding time to have radios on them to hear what was happening.

"My body went numb. It was overwhelming, surreal," said Cpl. Scott Snyder of Fontana police. "...it immediately hit home that this is not a training drill. At that point, we just wanted to stop any threat to any human life..."

For the first time, the public heard from George Lozano, the San Bernardino County deputy who was heard comforting victims as he told them he would take a bullet before anyone else.

"I meant what I said. I said it for them just to kind of calm down and relax," said Lozano. "We were going to do everything we can to get them out of that building safely."

Lozano added that the action he took was simply him doing his job.

"It's nothing short of what any other person in law enforcement would do. I don't feel like a hero whatsoever," he said. "Anyone behind me or anyone of the people, the 300 people who were there, would've said the same thing, and that's our job to put ourselves in the line of danger to protect the community."