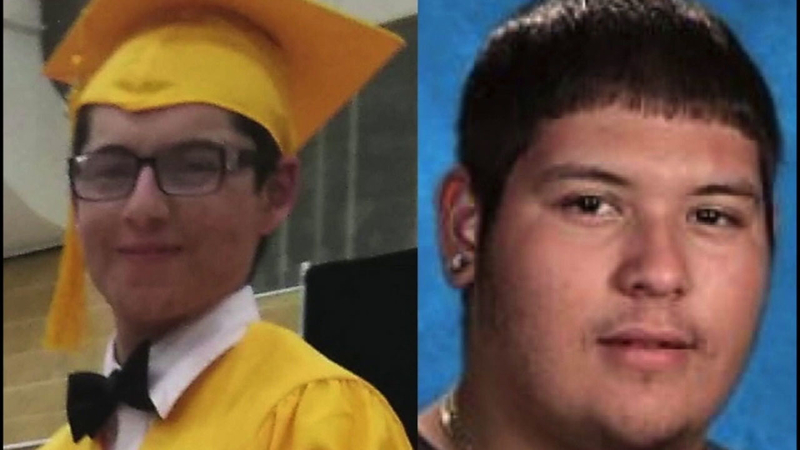 SAN DIEGO, Calif. -- It was a somber day at O'Farrell Charter School in the Encanto area of San Diego on Thursday after a student and alumnus were brutally killed in Mexico.

Katheryn Garcia had just spoken to her cousin, 17-year-old Christopher Alexis Gomez. He told her that he and his friend, 18-year-old Juan Suarez Ojeda, were heading to Ensenada, Mexico Friday to a friend's barbeque.

The plan was to get home by the end of the night, but he never returned.

Frantic, the family called authorities and even drove down to look for them. Soon after, they heard of a horrific incident in the Mexican media.

On Sunday after 5 a.m., officers found three lifeless young men outside an apartment complex in Tijuana.

"We just held on to hope that it wasn't him," Garcia said.

Sadly, it was. Authorities said the three victims were Gomez, Ojeda and Ojeda's friend, a Tijuana resident.

Garcia said the three were tortured, likely in a different location, before being shot execution style.

O'Farrell school officials announced the tragedy to students on Wednesday.

Gomez had a big presence at the campus. He started at the charter school in sixth grade, and he had just become the starting lineman for the school's football team his senior year.

Loved ones described him as a positive influence to his classmates and younger siblings.

The family said they have more questions than answers when it comes to his death. They're wondering if it was a case of mistaken identity; were they kidnapped, and by who? Most importantly, they ask, why?

"They're monsters," Garcia said. "Who does that to three young boys who have their whole life ahead of them?"