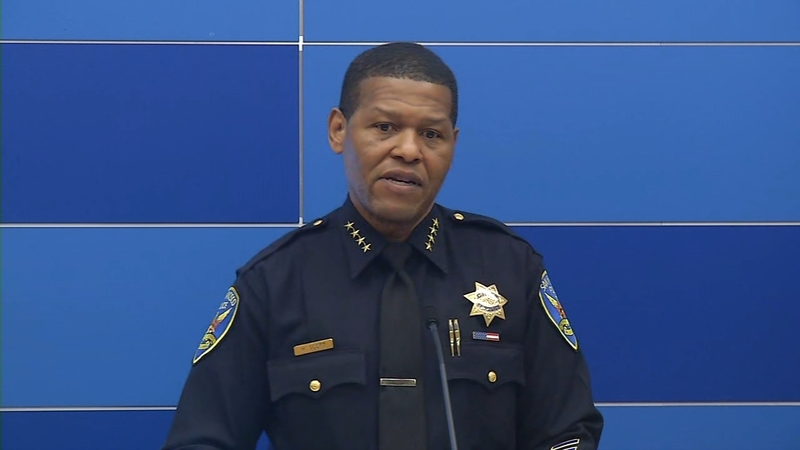 SAN FRANCISCO (KGO) -- San Francisco is reeling from a PR nightmare, high profile robberies like you just saw, are going viral on the internet. The mayor and police chief made it clear Monday that no crime is good and that even though some numbers are down, and others are trending up, San Francisco and every major city in America is dealing with similar issues.

San Francisco city officials, however, are downplaying the image that the city is a dangerous place - while at the same time admitting they have serious issues to address, especially when it comes to property crimes like store thefts and car break-ins.

In recent months the city, which is home to a multi-billion dollar tourist industry, has been found itself in the national spotlight thanks to videos showing brazen robberies and attacks on the elderly.

While viral videos of recent robberies are portraying the city as a dangerous place, Mayor London Breed says they only tell part of the story and that statistics from the police department show that crimes like rape, robbery and thefts are actually down this year in most areas of the city.

Car break-ins, auto thefts, gun violence, and homicides are all "up" year to date - though not as much as in other major U.S. cities.

The fear is that as COVID recedes crime will again rise.

And while the mayor has committed some $65 million for programs to deal with what activists feel are the underlying reasons for crime, what are police doing in the short term to curb the problems?

"A couple of things, first the deployment (of more police on the streets) that I talked about. We know that that makes a difference. So right now, if you go to parts of San Francisco that I mentioned, where we're having car breakdowns, you're going to see increased deployment. And we've already made that adjustment," said San Francisco Police Chief William Scott.

As for many more officers are we going to see?

"Well, in the tenderloin, you saw an increase of almost more than double from what was out there prior to the Mid-Market vibrancy plan. We have what we call the tourism area plan. That's 16 additional officers that best all that they do that just was stood up last week," said Chief Scott.

Both the police chief and the mayor stressed that police are making arrests- and that many of the suspects in the videos that have gone viral have been caught.

The chief and mayor also stressed that those responsible for the crimes but be held accountable - but what does that mean?

So we asked point-blank do they believe that reformed-minded District Attorney Chesa Boudin and the court system holding these people accountable?

"For me, I think we'd like to see more traction. And this is not a knock or finger-pointing. So I want to be very clear on what I'm saying. We want to see accountability," said Chief Scott.

"I think I have some real concerns about what's happening in our criminal justice system as a whole. Because I think overall, there's been a big push to reform our criminal justice system. And let me just back up and say, you know, I grew up in a community where there had been people who had been arrested and convicted for crimes that they never committed. And we see this big call for reform. And it's something that has been important to me, even from the time that I served on the board of supervisors, but there's also women whose sons have been murdered, and they want the killer of their kids brought to justice," Breed said.