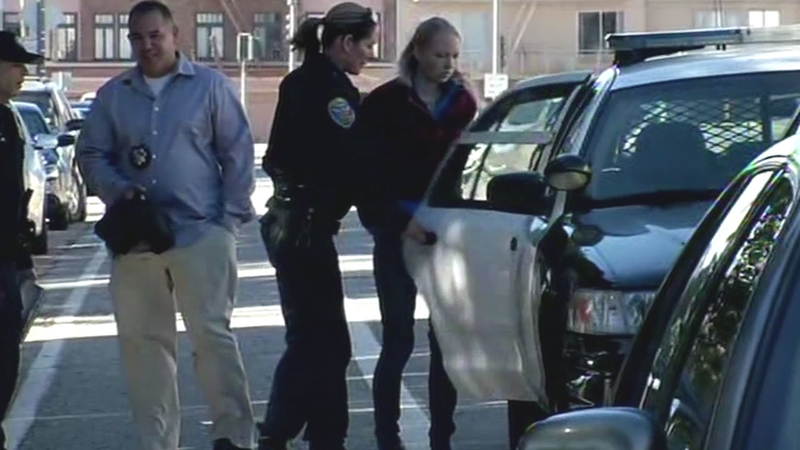 Woman arrested for DUI after hitting 2 boys in SF

SAN FRANCISCO (KGO) -- Police say a 30-year-old San Francisco woman was driving drunk when she plowed into two 12-year-old boys who were crossing the street while on their way to school.

Kirsten Andereck was led away in handcuffs and later charged with DUI.

Police say the 30-year-old slammed her Volkswagen SUV into the two boys who were in the crosswalk at Bay and Bucannan streets.

"What we're looking at here is (sic) children crossing lawfully in a crosswalk and were struck as they were crossing the street," said SFPD Captain Greg McEachern. 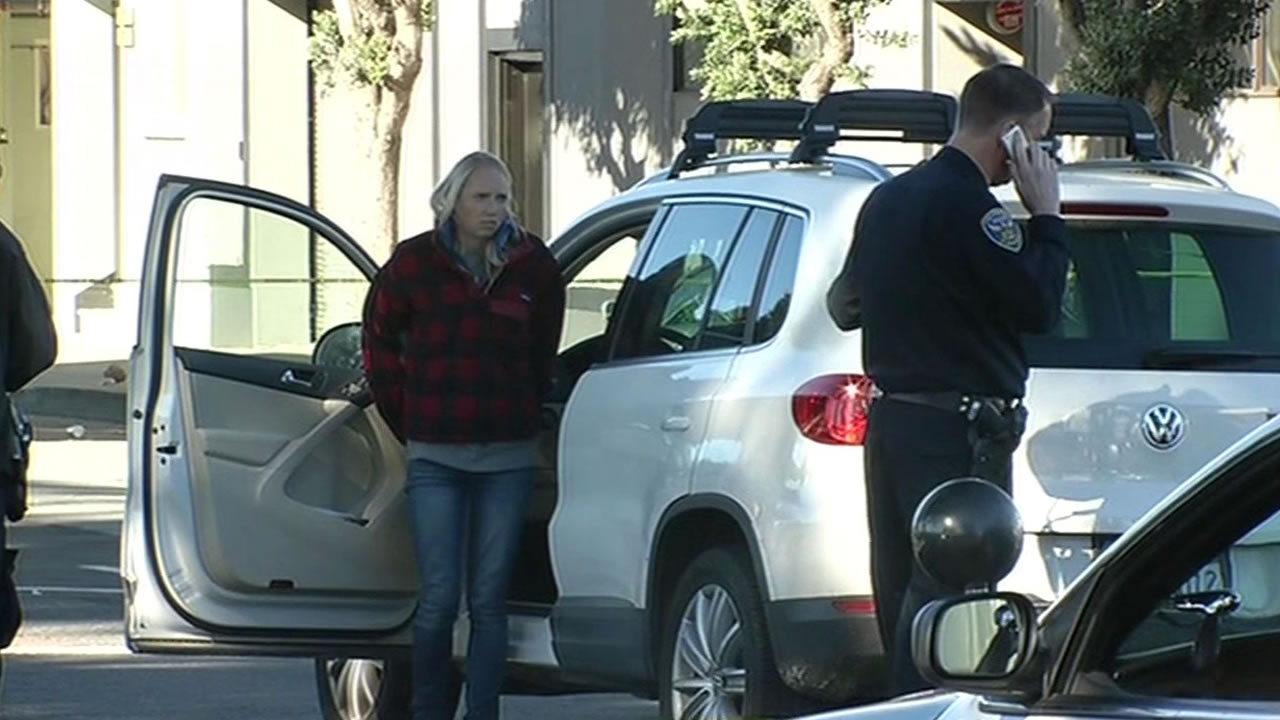 SF woman who hit kids was debutante, former teacher
We're learning new details about the 30-year-old woman who hit two 12-year-old boys in a crosswalk while they were walking to school.

Police say the boys were launched into the air by the impact, thrown across the intersection. Their backpack, clothes, and shoes left scattered in the street.

Authorities say a box truck was stopped in the right lane to let the boys cross, but the SUV driver didn't slow down.

"They were struck as she passed the truck on the left side," said McEachern.

The boys are expected to survive, recovering from serious injuries at San Francisco General Hospital. Their families are by their sides.

"I feel horrible about it ," said neighbor Kirsten Kirmeier. "I see kids going by here all the time. And I've almost been hit on this street."

Driver who struck 2 kids in Marina Dist. was just transported from scene in handcuffs. #abc7now pic.twitter.com/PHL2pLmLkh

Neighbors are sounding off about the tragedy. Everyone who spoke with ABC7 News agrees that cars drive too fast on Bay Street. The speed limit is 25 on this stretch.

"I too have two little boys and I constantly have to worry about their safety," said parent Maurice Fitzgerald. "Particularly in the morning when people are speeding off to work."

Another resident said, "That is a very very dangerous intersection."

Hours after the accident, ABC7 News saw police out in force handing out tickets to motorists suspected of speeding.

The boys were walking to Marina Middle School. Officials there say counselors are available to students who want to talk about the accident.

Some parents won't take chances with their kids walking to school.

"I drop off and I pick up," parent Antoinette Westbrok. "Because there are a lot of things going on around here."