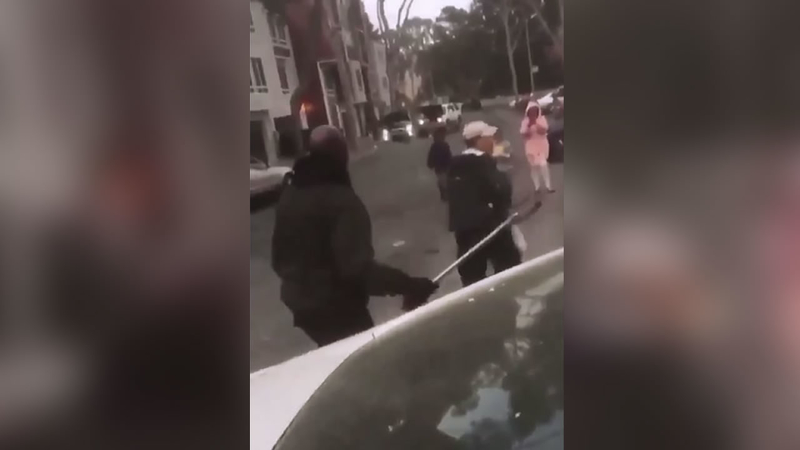 SAN FRANCISCO (KGO) -- The video first posted on Instagram almost needs no explanation -- a man in obvious distress, as he is attacked and chased down in San Francisco's Bayview District while he collects cans.

At a recycling plant nearby, police investigators are looking at surveillance video to try to find the victim.

"I see hundreds of faces every day and he looked familiar, I can't say I know him but I know I've seen him," said Charlie Rodriguez, a manager at Planet Recycling S.F.

SFPD has been getting calls since ABC7 News aired the story, they're hoping their own community contacts will lead to the victim so he can get help.

"We do have a number of multilingual, language shouldn't be an issue, it's all about the community and reaching out, giving us tips and giving us information," said Officer Adam Lobsinger.

At the Board of Supervisors meeting, Gordon Mar raised concerns over the video as he introduced an amendment to current police procedures. He wants police to provide quarterly reports on crime trends that would detail type of crime and the specific communities and demographics affected.

"This legislation came directly from growing fears within the Asian community that they have been increasingly victimized by both violent and property crime," said Mar.

At this recycling center, many of those dropping off cans for money are Asian seniors.

"I've seen people come in here with black eyes, male and female, some of them in their 70s. I don't know if that happens in their house or in the street while they try and collect. It's just not right," said Rodriguez.

There has been some high profile, racially motivated attacks on Asian seniors in recent years in San Francisco.

In the video, you can hear racial slurs. Senator Scott Weiner says this case needs to be investigated as a hate crime.

"It appears to me that victim's status as a Chinese American was part of the reason for the attack," he said.

Police are asking for the community's help on this one. If you recognize anyone from the video, you can call the anonymous tip line at 415-575-4444.