'This may be the year': San Jose Sharks super fan Steve Wozniak gives take on Game 2 vs. St Louis Blues

San Jose Sharks super-fan and Apple co-founder Steve Wozniak has a message for Sharks fans: "This may be the year."

SAN JOSE, Calif. (KGO) -- San Jose Sharks super-fan and Apple co-founder Steve Wozniak has a message for sharks fans: "This may be the year."

And 'The Woz' would know.

The long-time Sharks fans has had season tickets for years, he's been a celebrity doorman for the team, and just last week he drove a 1300 miles to Denver to watch San Jose play the Colorado Avalanche.

So when he says this team is special, Sharks fans should probably listen.

"I get excited every single season. I'm not going to say one is superior to the others," Wozniak told ABC 7 News outside SAP center ahead of Game 2 of the NHL Western Conference Final.

But Woz said that feeling changed after Game 7 of the Sharks' first round series against the Las Vegas Golden Knights. Wozniak watched with the rest of the Shark Tank as the Sharks rallied from a 3 goal deficit to win in overtime 5-4 and move onto the next round.

"We had the most unbelievable comeback in all my years of hockey of watching hockey."

After another Game 7 victory over the Avalanche and a dominant win in Game 1 over the Blues, Wozniak said this year feels different.

"This is the first time, I'm feeling watching the Sharks play the other night against the Blues that we really have the potential to win the Cup this year. This may be the year."

Game 2 is in San Jose Monday night. The series then shifts to St Louis for Game 3 & 4 on Wednesday and Friday.

Check out more stories about the San Jose Sharks. 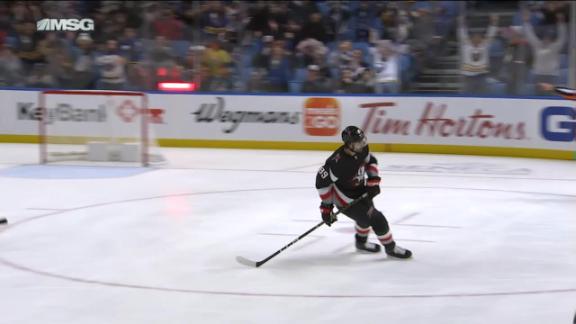 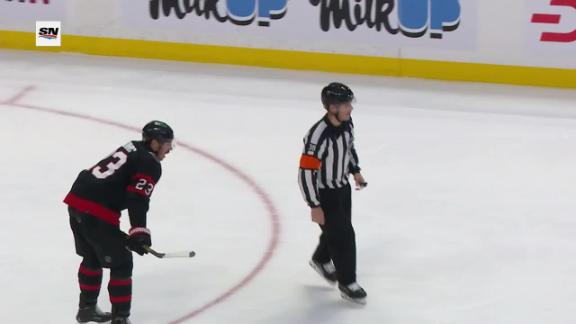