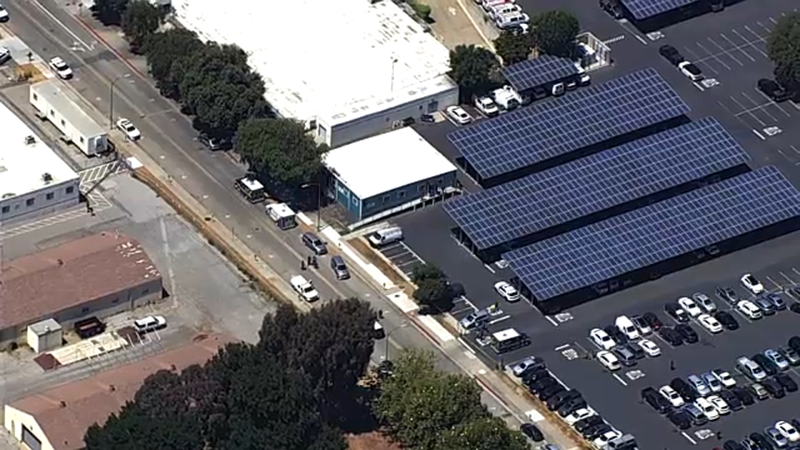 The shooting happened near N. San Pedro and Hedding streets, just a block from the site of the VTA mass shooting. However, the two incidents are not related, San Jose Police Department spokesperson Christian Camarillo said.

"There is no public safety issue or threat right now. This is an isolated incident," said Camarillo. "It's unfortunately a very bad coincidence."

Around 1:50 p.m., two officers in the area saw two men running. They exited their vehicle to investigate and found one of them had been shot, according to police.

San Jose police are investigating a shooting that left one person dead, the department said Thursday.

"It was out of the ordinary and it caught these officers' attention and, sure enough, one of them was shot."

He collapsed on the sidewalk, Camarillo said. Officers started CPR but the man succumbed to his injuries.

Officers are asking people to stay away from the area as they investigate.

ABC7 News' Chris Nguyen is on scene and saw one person being led away in handcuffs.

This is a developing news story. Check back for updates.