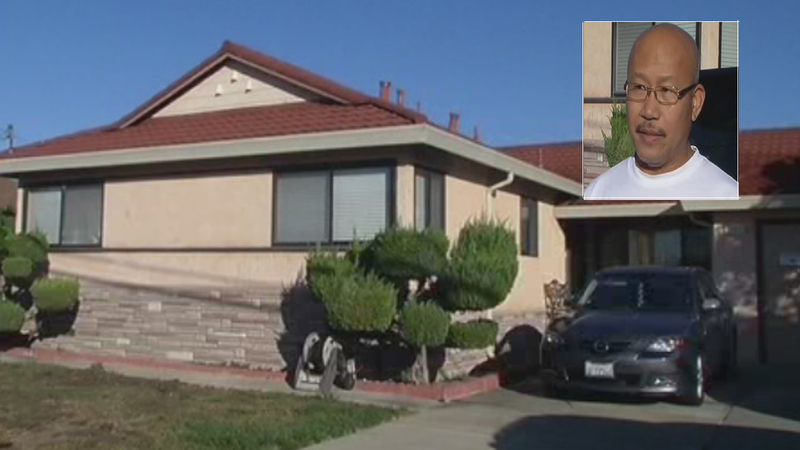 SAN LEANDRO, Calif. (KGO) -- San Leandro police are trying to calm neighbors after some reports that victims are being followed after dropping off their kids at school.

Police say they are following up on leads that have come in as they try to catch the three to four men who have robbed residents at gunpoint.

One of the victims is Tomas Castillo. He has been on edge ever since he was robbed at gunpoint on Monday morning at his San Leandro home.

"I don't feel safe. Every time I come home from work, I am aware of my surroundings, to look for suspicious cars or if anybody is inside," said Castillo.

He says his gun is now in his pocket just in case they come back.

Castillo had just dropped his kid off at Arroyo High School. When he returned home through his side gate, he was attacked.

He says the men got spooked when they looked inside at his wife-calling police.

"Luckily they saw my wife on the phone and that scared them. They said, 'The lady is on the phone! Hurry up!' And they told me to get down on the floor," explained Castillo.

San Leandro police say this case has a lot in common with another robbery that happened two weeks earlier.

Police say the attacks seem well prepared, adding the suspects are working under the theory that the homes and the resident's patterns had been carefully watched.

"It is common to target Asian homes with the belief that Asian families keep large sums of money at home. That's what suspects in prior crimes have told us," said Lt. Robert McManus, with the San Leandro Police Department.

Castillo says he felt helpless with that gun in his face and knowing his wife and two daughters were inside. He is now telling all his neighbors to be on the lookout.

It appears highly unlikely that the victims were followed home from the school before they were robbed, although they have not ruled out this theory.

San Leandro police believe one of the following scenarios is much more likely. First that the suspect identified their targets, conducted surveillance at the homes, learned daily routines of their victims and waited for the victims to return home before executing their crimes.

The other is that the suspects identified their targets, waited for the men to leave with their children, expecting them not to return, and intended on burglarizing the homes while no one was home. However, they were committed to doing their burglary, and coincidentally in both cases, the victims returned home, and the robberies took place.