CONTRA COSTA COUNTY, Calif. (KGO) -- A popular Bay Area ballet teacher has been arrested amidst allegations that he sexually abused a child. Fifty-four-year-old Viktor Kabaniaev is in Jail Monday night after being arrested at his home in San Mateo County on Friday.

He was taken in on a warrant for 16 counts of aggravated sexual assault of a child under 14.

"These incidents occurred a while ago in Contra Costa County," said Paul Graves, with the county's District Attorney's Office, who expects charges to be filed against Kavaniaev Tuesday.

This ballet teacher is accused of 16 counts of aggravated sexual assault of a child under 14 for events that occurred in ContraCosta County. pic.twitter.com/OfEVB2Wxdm

Graves says the charges are associated with his work as a ballet instructor. "At one point he was in Contra Costa County with several different schools and giving private lessons."

Before his arrest, Kabaniaev was teaching at the Westlake School for Performing Arts in Daly City.

Paul Peoples, the executive director of the school says Kabaniaev teaches advanced ballet to teenagers five days a week and has never received any complaints.

Peoples tells ABC7 News he is in disbelief and that the accusations are totally out of character for Kabaniaev, who has been teaching at Westlake for almost eight years and has a waiting list for his classes.

"I'm concerned that children might be at risk," said parent Kristin Reed.

"It's pretty scary as a parent. We entrust these dancers with our kids," said parent Davide Matsu.

Matsu's 16-year-old daughter takes ballet at Westlake. "She's been here for two years now and she's never had any issues with the teachers."

But in light of the news, Matsu says he'll be having a serious conversation with his daughter. 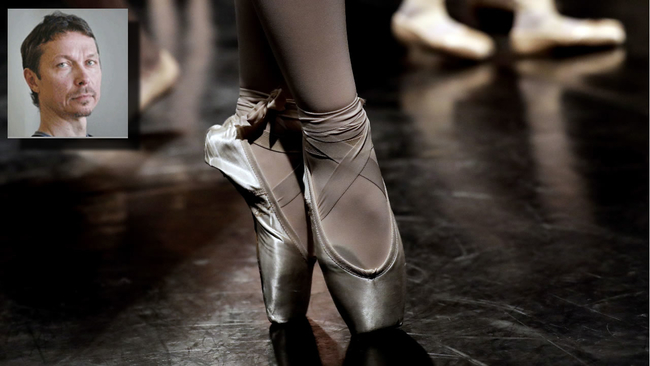