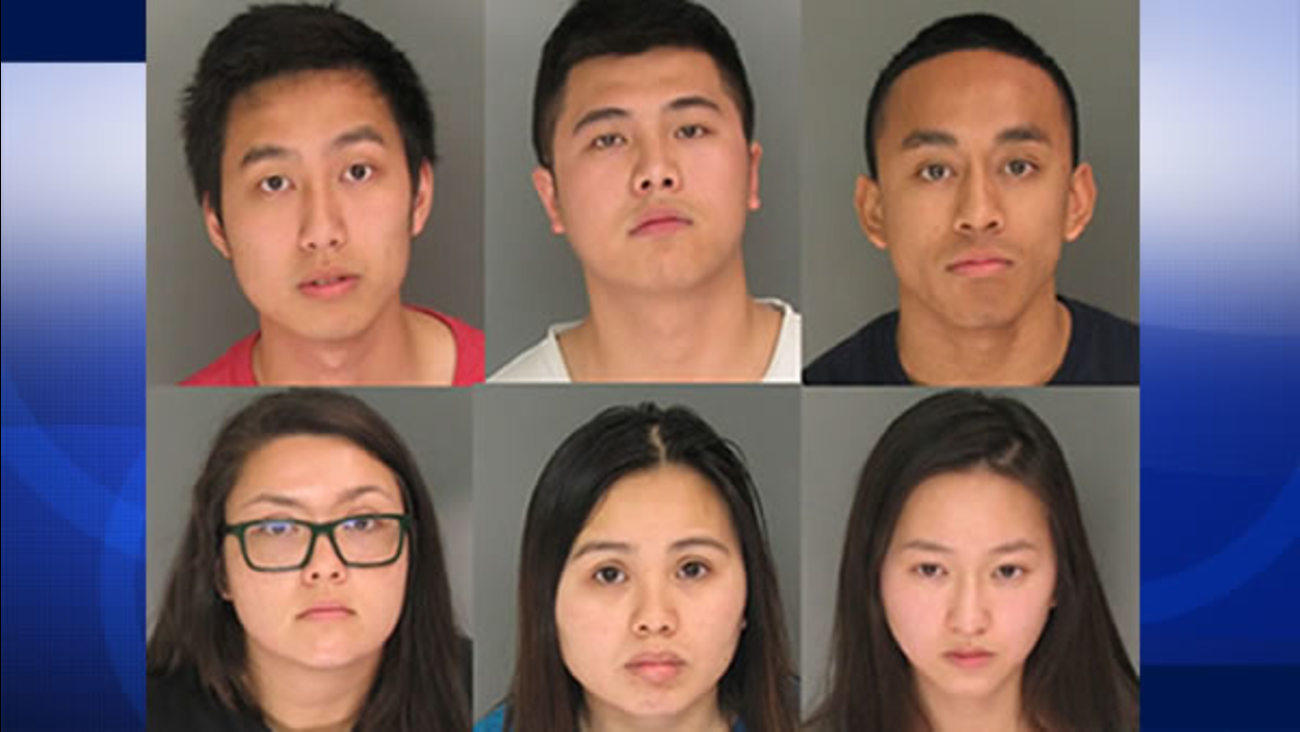 SANTA CRUZ, Calif. -- Six University of California at Santa Cruz students were arrested Friday on suspicion of running a drug ring that uncovered more than $100,000 worth of MDMA, police said Tuesday.

The students were affiliated with one of two affiliated campus Greek organizations, Lambda Phi Epsilon and Alpha Kappa Delta Phi, according to police.

Dremel, Liu, Casil and Tieu are also suspected of conspiracy, according to police.

Police worked on the case with help from personnel at the Department of Homeland Security and U.S. Postal Inspection Service.

Officers learned that multiple packages containing MDMA tablets were being sent through the U.S. Postal Service over the past few weeks to three Santa Cruz addresses, where search warrants were served on Friday,
police said.

The homes were in the 400 block of Locust Street, 200 block of Castillion Terrace and the 100 block of Peach Terrace, according to police.

The warrants were served with help from the Santa Cruz County Anti-Crime Team, Drug Enforcement Administration, U.S. Postal Service and Homeland Security, according to police.

Officers learned on Friday that Homeland Security investigators were able to stop a second shipment from arriving to the group, police said.

MDMA, more commonly known as Ecstasy or Molly, is a psychoactive drug that can increase a person's heart rate and blood pressure, DEA officials said.

People can experience increased energy from the drug in addition to sadness, anxiety and depression, according to DEA officials.

Lambda Phi Epsilon is described as an international Asian-American-interest fraternity that sets high standards for academics, social experience and community service, according to the college's website.

The International Fraternity has placed the University of California, Santa Cruz chapter of Lambda Phi Epsilon on suspension.

The leadership of Lambda Phi Epsilon International Fraternity, Inc. is aware of the situation involving its undergraduate members at the University of California, Santa Cruz and will be cooperating with the local authorities to understand what happened.

The International Fraternity has placed the University of California, Santa Cruz chapter on a Cease and Desist, suspending all normal activity and chapter functions pending further investigation.