One of them bolted straight into the water, while the other three were a little unsure.
KABC 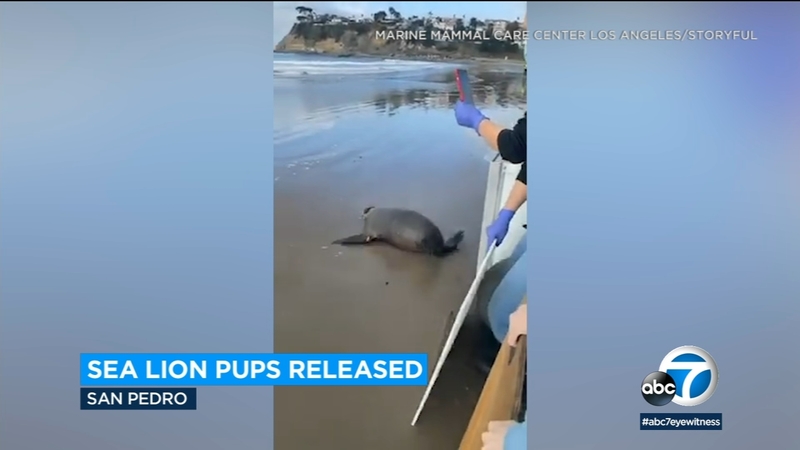 Four sea lions released back to ocean after being rescued

LOS ANGELES -- Four sea lion pups were released back into the ocean after spending months in the care of rehabilitative specialists in Southern California.

They were released this week at Cabrillo Beach after spending four months "plumping up" at the Marine Mammal Care Center Los Angeles.

One of them bolted straight into the water, while the other three were a little unsure. One even jumped back into the crate. But, once they got their flippers wet, they finally took off into the waves.

Two of the pups were rescued after they turned up on the doorsteps of nearby homes, earning them the name "Doorstep Duo," according to Amber Becerra, president of the Marine Mammal Care Center.

When separated from their mothers before 11 or 12 months old, pups often become extremely dehydrated, malnourished and confused. Becerra said the center helped them get back to a healthy weight, "plumping them up" to three times the size they were when they were rescued.

Lifeguards came to the rescue of a beached sea turtle in Manhattan Beach on Friday.