KGO
SAN FRANCISCO (KGO) -- Car break-ins are among the hottest issues for San Francisco residents. On Thursday, interim District Attorney Suzy Loftus announced the creation of a new task force to combat auto burglaries. The plan is controversial not because it isn't a good idea, but because of the timing -- the election is less than one week away.

According to city data, there are approximately 70 auto burglaries a day in San Francisco. That's why Loftus introduced "Operation Tangled Web," a task force comprised of people from her office and law enforcement to deal with the crisis.

Law enforcement will also focus on those areas where stolen property is being sold in the black market.

But as a candidate for that office, why introduce a plan just days before an election?

"I'm focused on doing this job and when we have have an opportunity to convene this type of a team to get right to work at tackling the issue then that's what I'm going to do," responded Loftus.

We gave the other three candidates running for the DA's office an opportunity to present their plan of action.
Here's Leif Dautch who introduced the idea of a task force several days ago.

"We're going to have a five-person auto burglary task force working with the police department, with the sheriff's department, to go after the big organization rings responsible for 70 to 80 percent of the car break-ins," explained Dautch.

Nancy Tung says she would work with agencies outside the city.

"I think we need to have a much larger regional task force on this issue working with law enforcement agencies not just in San Francisco or attached to San Francisco but broader than that," said Tung.

Chesa Boudin says he will go after the organized crime networks.

"What I propose to do is use bait cars to leave a fleet of rental cars in tourist hot spots all over the city, Alamo Square, Fisherman's Wharf, Lombard Street, Palace of Fine Arts with backpacks in the cars with GPS tracking devices," Boudin told us.

Loftus' "Operation Tangled Web" will begin on Nov. 1, for the next 60 days. After that her office will collect data to see what course of action was most effective.
Report a correction or typo
Related topics:
san franciscoauto theftburglarytheftcars
Copyright © 2021 KGO-TV. All Rights Reserved.
RELATED
SF residents help protect neighborhood from car break-ins 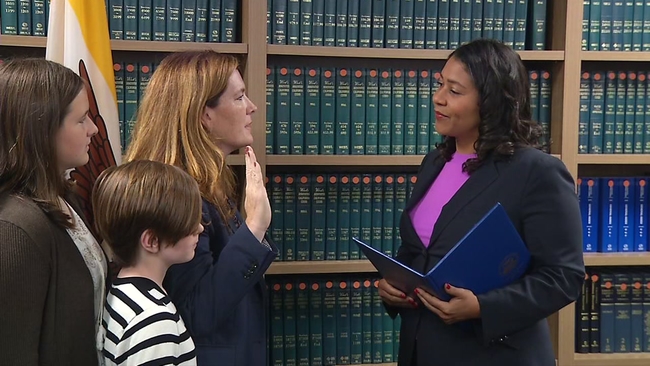