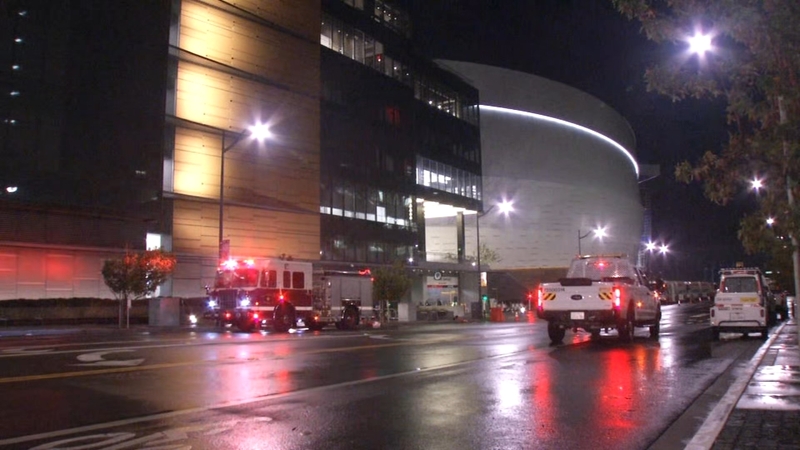 1 dead, another hurt during concert at Chase Center, police say

SAN FRANCISCO (KGO) -- One person was killed and two others hurt in separate falls Sunday night during a Phish concert at San Francisco's Chase Center, according to police.

Police say one person died and another was taken to a trauma center with severe injuries. The third person suffered 'non life-threatening injuries' according to San Francisco Police and is expected to be okay.

According to SFPD, the first incident happened around 8:55p.m. inside Chase Center.

A 47-year-old man, later identified as Ryan Prosser of New York, died after falling from a higher level of the arena to a lower level.

People at the scene tried to help Mr. Prosser but he died from his injuries.

Investigators later disclosed that Mr. Prosser did not make physical contact with anyone before his fall and that is appears he may have leapt from the upper level of the arena.

The second incident also occurred inside Chase Center at around 9:45p.m. According to police, a man suffered severe injuries after falling from a higher level of the arena to a lower level.

A second man, who the fall victim landed on also suffered injuries but they were described by police as 'non-life threatening.'

Both men were taken to the hospital for their injuries.

Police say the cause of the second fall is not clear at this point, but that both incidents remain under investigation.