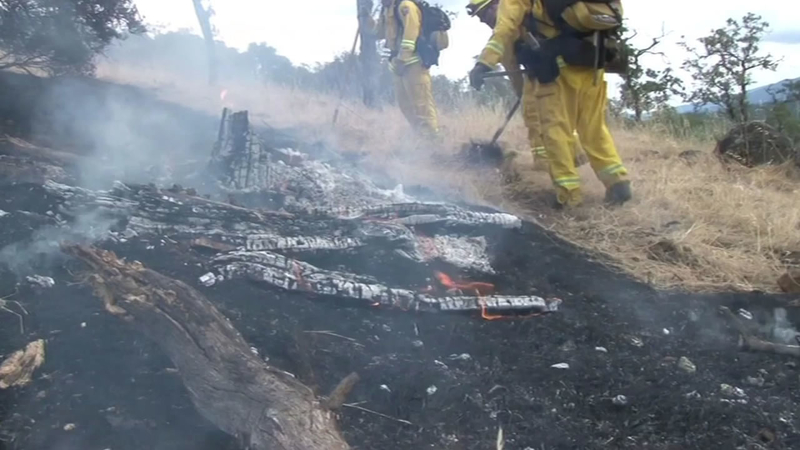 SANTA CLARA COUNTY, Calif. (KGO) -- The Sherpa Fire is just one of several burning throughout the state Friday night and with extreme heat coming, fire season could take a turn for the worse.

There are at least three large fires burning in Northern California. In Santa Clara County, firefighters are getting ready. Cal-Fire reached peak staffing as of Monday. Fire danger is high.

Aerial video shows at least one large structure destroyed by flames. The Camanche Fire grew to 200 acres in a couple of hours, forcing mandatory evacuations.

The King Fire has burned at least 100 acres and damaged two structures.

And in Napa Valley, outside Saint Helena, a wildfire charred about a dozen acres Friday afternoon.

Fire season is off and running.

"Recommend to everybody to expect fire to be coming near them," Orre said. "Northern California received more rain than Southern California and so that benefited the grass crop, and for us that's the fuel that carries fire."

The heat wave, forecast for next week, won't help. Firefighters are asking people to make sure they clear dry brush and grass away from their homes and seal the house in places where flying embers could take root.

"You don't need to be near the fire to lose your house," Orre said.