Matthew Chavira was leaving a fundraiser when the family says he was shot by a passing car point blank on March 7, 2021.
KGO
By Dustin Dorsey 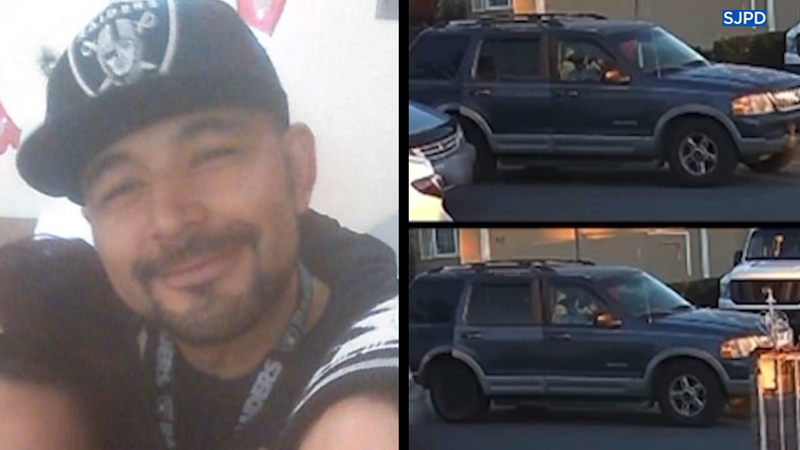 SAN JOSE, Calif. (KGO) -- One of the first homicides of 2021 in San Jose remains unsolved a year later, and the family wants justice.

Matthew Chavira was shot and killed just before 6 p.m. near Carnelian and McLaughlin in East San Jose. His family is still haunted by the events that transpired.

"It just breaks my heart every time I think of him and see his children without their father," Chavira's Aunt Kathy said.

"It seems so fresh still," Chavira's best friend said. "Even though it's been a year, it's still very fresh. It's like a cut or an open wound. It reopened the wound."

In the South Bay, a family is using a Christmas tree as a way for their lost loved one's legacy to live on.

Chavira was leaving a fundraiser when the family says he was shot by a passing car point blank. March 7, 2022 marked one year since he was killed.

San Jose police continue to investigate and no arrests have been made.

The family has no idea why or how this happened, but they still hope for answers.

"I'm trying to move forward and I'm trying to be there for his children," Kathy said. "I have to be strong for them. I do pray that there is justice and that we'll get closure."

Chavira's best friend, who did not want to be named for this interview, says she still looks at pictures of him every day.

She says his memory lives on in unexpected ways.

"As we were doing the balloon release for his one year, when we all met together at the cemetery, a hummingbird appeared and just circled around us," she said. "It would not leave. We all got the chills and it was him. We believe it was him. I still get the chills thinking about it."

This video of the possible suspect’s getaway car remains one of the key pieces of evidence from Matthew Chavira’s murder. SJPD says they are still investigating the case from March. If you have any information, please contact police. pic.twitter.com/v34BMWbXJy

She hopes another sign will appear that leads to an arrest.

The only evidence remains a surveillance video shared by SJPD of this blue Ford Explorer possibly fleeing the scene.

"Somebody knows who was driving that blue Explorer. Somebody has seen that blue explorer. If anybody has any information about that, please, please come forward. If it was your family member, that's what you would want too."

The family has raised $10,000 for a reward. There is a GoFundMe Page by clicking here, or you can use the Venmo information below.

If you have any information about Chavira's murder, you are asked to reach out to San Jose Police.

Matthew Chavira’s family has created a venmo account to raise money for a reward fund for any information regarding his murder investigation. If you are interested in donating, you can scan this QR code below. pic.twitter.com/pSvxu1d7aD