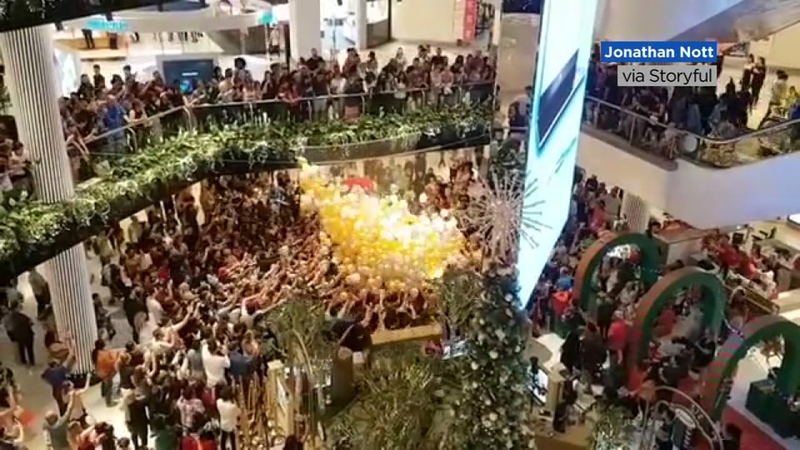 SYDNEY (KGO) -- A Christmas giveaway event in a mall in Australia turned out to be a complete nightmare.

More than a dozen shoppers were injured, some of them seriously, in the shopping center at Parramatta in western Sydney on December 23.

It all started when a crowd of about 100 people gathered underneath a bunch of balloons that contained free gifts, which were due to drop to kick-off a 33-hour non-stop shop ahead of Christmas.

However, video of the event shows the crowd collapsing as soon as the balloons drop. Several people are knocked over, including a man dressed as Santa, and can be heard screaming.

People fall like dominoes into the Christmas village setup, which also falls over.