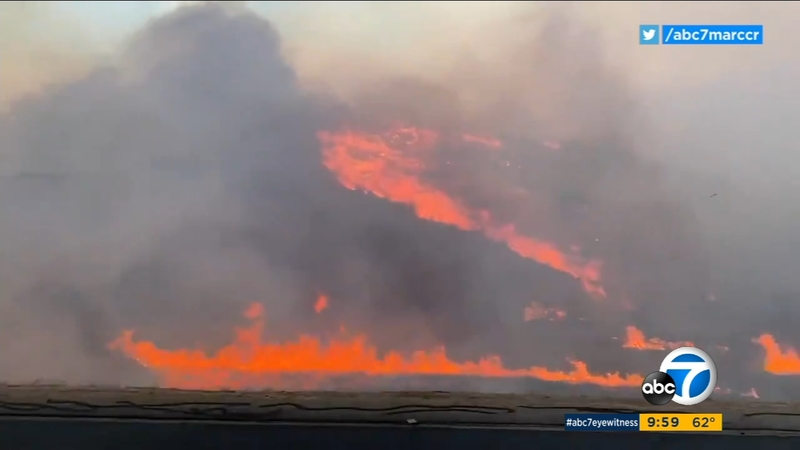 At 6:40 a.m. the OCFA announced an evacuation warning for Mission Viejo in the areas of El Toro Road to the north, Marguerite Parkway to the west, Upper Oso Reservoir to the east, and Los Alisos Boulevard to the south.

By Tuesday afternoon, evacuation orders had been lifted for the Irvine neighborhoods south of Portola Parkway and west of the 133 Toll Road. Police were helping to reopen roads and help residents repopulate safely. Other areas to the north and east remained under evacuation orders.


Evacuations were also lifted for the area described as 133 East to Portola High School and Great Park Boulevard north to Irvine Boulevard. That includes the commercial area west of Bake Parkway and south of Irvine Boulevard to Toledo Way.

"Summary: SCE submits this report as it may involve an event that meets the subject of significant public attention or media coverage reporting requirement. Preliminary information reflects SCE overhead electrical facilities are located in the origin area of the Silverado Fire. We have no indication of any circuit activity prior to the report time of the fire, nor downed overhead primary conductors in the origin area. However, it appears that a lashing wire that was attached to an underbuilt telecommunication line may have contact SCE's overhead primary conductor which may have resulted in the ignition of the fire. The investigation is ongoing."
Tuesday morning, the Orange County Board of Supervisors declared a local emergency and was asking Gov. Gavin Newsom to declare a state emergency that would help send more resources to assist. The county also asked Newsom to seek federal assistance with a presidential emergency declaration.

Today I signed a Declaration of Emergency for the fires which have burned down over a combined 28,000 acres & have required the evacuation of over 90,000 OC residents.

The County is monitoring the situation closely & is ready to assist as we face this natural disaster together. pic.twitter.com/VUfKSBJEXt


"It's a little scary -- you look out your front window and you see a wall of fire," resident Rick Kaylar said.

"It's tough for any firefighter, certainly any fire chief, to feel this helpless when you've got part of our fire family fighting for their lives," Fennessy said.

"I'm confident that they're going to do all they can to fight through this. It's just who they are."