KGO
By by Carlos Saucedo
SAN JOSE, Calif. (KGO) -- There was frustration and empathy in the Catholic community after the San Jose Diocese released the names of priests accused of sexual abuse.

RELATED: What we know about the priests included on diocese list

"That's the one who got us," said John Salberg. He is one of several students who was victimized at St. Martin of Tours church 40 years ago. Seeing Pritchard's name on the list caused frustration.

Pritchard was never prosecuted, since the allegations were made public after his death in 1988.

The diocese says the list includes credible accusations only. The accused priests are all either now deceased or former clergy members of the diocese.

The list comes months after a shocking report from a Pennsylvania Grand jury accusing the Catholic church of covering up sexual allegations.

"There can no longer be a culture of secrecy in the church, but one of transparency and accountability," said Bishop McGrath in a written statement. "Our work will not be complete until all of those who have been harmed have received assistance in healing and until the evil of child sexual abuse has been eradicated from society."

The focus now turns to the victims.

"You've been victimized and that's not fair, but I'm living proof that if you choose to live your life in a productive manner and a positive manner, you can do it," said Salberg. 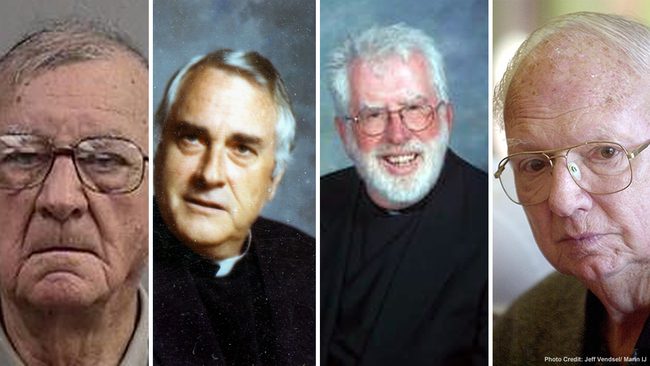