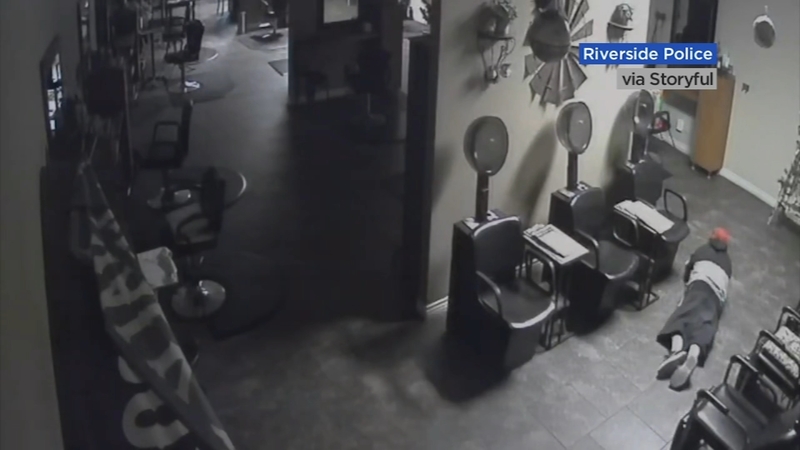 RIVERSIDE; Calif. -- Riverside Police Department are searching for a suspect dubbed the "snake burglar" who was captured on surveillance cameras slithering through a hair salon and escaping with thousands of dollars.

The incident occurred November 26 around 5 a.m. and was reported to the Riverside Police once the owner returned to the salon and reviewed surveillance footage.

In the security footage, the burglar is seen wearing a hat and a dark hooded sweatshirt crawling on all fours to bypass the salon's motion sensors.

The "snake burglar" made off with $8,000 from the safe along with hundreds of dollars worth of salon products.

Riverside police believe the suspect is connected to four similar burglaries in the same area.

That morning the suspect broke into a nearby veterinary clinic and is seen slithering on the floor to avoid the alarm system. After ten minutes, the "snake burglar" triggered the alarm and fled the scene before authorities could get to the scene.

Earlier that week, the suspect broke into two local business, including a pizzeria and was captured on camera crawling on the floor in a similar manner.