Bay Area commute: From underwater tunnel to 2nd BART tube, these ideas could revolutionize the way we get around

KGO
By Tim Didion
SAN FRANCISCO (KGO) -- It may not have the post card cache of the famous bridges, but the Transbay Tube that whisks BART trains under the bay carries nearly 25,000 people at peak commute hours.

Built in the mid-1960s, it's the key that linked BART together as a true regional system.

In the near future though, that link could be closer to a choke point.

Studies predict in a little over a decade or so, the number of Bay Area commuters heading into San Francisco could outstrip the system's capacity and threaten the Bay Area's goal of getting commuters out of their cars.

So what is there to do about the commute crush?

Turns out there's not just one potential solution on the table, but seven different concepts and even a whirlwind tour can leave a commuter breathless.

They're outlined in a report called Crossings, recently released by the Metropolitan Transportation Commission and Association of Bay Area Governments.

The first two plans focus on speeding car traffic by either widening the San Mateo Bridge or building an all new bridge near the middle of the Bay.

But the rest dive right into the Bay itself, with new underwater tubes or tunnels that could revolutionize BART'S capacity and more.

Menotti is careful to point out the multi-agency proposals are only in the very earliest concept phase.

The simplest idea, essentially calls for a second parallel tube from Oakland to San Francisco's Embarcadero.

A second BART tube could not only carry riders much faster and potentially connect with a new tunnel proposed for Mission Street, relieving pressure on the current Market Street line.

RELATED: BART Week 2020: What's the cost of your commute?

"You know, crowding on the platform, exiting people up to the street level. And so any new tube, one thing we'll be looking for is to relieve some of the pressure," Menotti said.

Or, what if that second tube aimed a bit south instead? Possibly linking up in a new 3rd Street station in the fast-growing South of Market neighborhood at Mission Bay. Imagine popping off BART near the Warrior's new Chase Center or the hub of biotech jobs at Mission Bay.

Then again, what if the new Transbay Tube took another track altogether -- like using sing the new crossing for traditional rail to expand the Bay Area's Transbay commute options beyond BART.

Two of the concept plans focus on a tube linking CalTrain with the East Bay's Capitol Corridor Rail lines creating an expanded rail system that could stretch from Sacramento to the Silicon Valley and running San Francisco service into the new Salesforce Transit Center.

"So it would provide a one seat ride, potentially from Sacramento all the way down all the way down to San Jose via the Peninsula communities and San Francisco," said Elkind. "So I hope that is part of any second crossing that happens with the BART tube."

For a few bucks more they say you could even double up on the plan with a combination tube, carrying BART and traditional rail essentially side by side. Or even add a separate lane in the tube for cars, carrying cross-bay traffic into San Francisco.

It all adds up to seven unique concepts for crossing the Bay. And what's the price tag for dreaming this big? Anywhere from $10 billion to nearly $100 billion. That's hundreds of times more than the cost of the original Transbay Tube.

But with transportation essential for driving one of the nation's most dynamic economies in 2020, it's a bridge or tube we may have to cross yet again, in the near future.

As you might imagine funding could involve a quilt of bond and tax measures, covering counties, the state, and federal government. But supporters point to the success of recent transportation measures at the polls.

So what about the short term? BART planner Menotti told us they're working on a core capacity project that could up the Transbay system's rider efficiency by 45 percent.

Part of that solution calls for hundreds of additional BART cars linked to a more powerful computer management system. 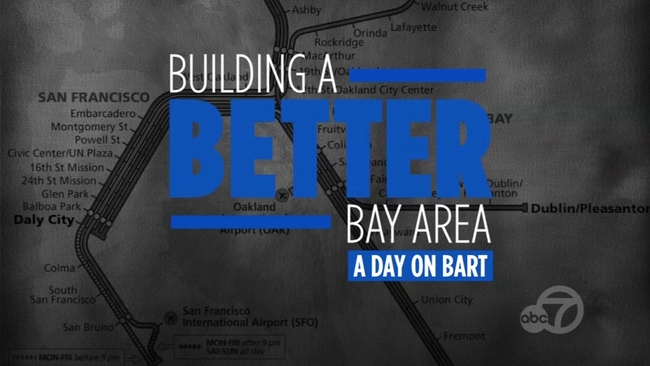 A Day On BART 2020: What riding the trains is really like
BUILDING A BETTER BAY AREA 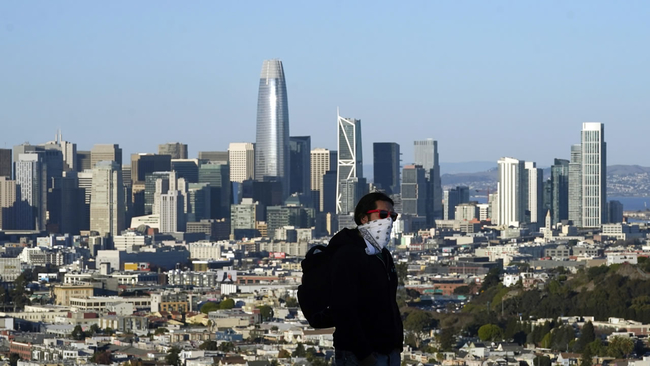