KGO
By by Janine De la Vega
SAN JOSE, Calif. (KGO) -- December may be called the season of giving, but one Bay Area nonprofit is experiencing a dramatic drop in donations.

The Second Harvest Food Bank is in danger of not reaching its goal to run some of its programs next year. The charity is concerned new tax laws may have an impact on their operations.

The warehouse on Curtner Avenue in San Jose may look like it has plenty of boxes of food, but the CEO of Second Harvest Food Bank is worried about how much the nonprofit will be able to provide in 2018. The food bank set out to raise $16.5 million this year. With a few days left in the year, they're still $8 million short.

"We're planning to open four new school pantries in the new year, one pantry at a college, three wellness pantries that serve people who have health related diseases. Those would be at risk of not opening if we aren't able to raise this critical support during the final few days of the year," said Leslie Bacho, the CEO of Second Harvest Food Bank.

Second Harvest says in the last 10 years, the number of clients it serves in Santa Clara and San Mateo Counties nearly doubled. The Food Bank says it's financial support from corporations is strong, but half of its budget comes from individual donors and that is dramatically down.

"We've had so many natural disasters right here in California so that may be affecting people's giving. We also don't know if the new tax law is affecting it if that's causing people to have pause or are rethinking their strategies at the end of the year," said Bacho.

C-P-A Jeff Lawrence says it's possible that the new tax law is prompting people to prepay their property taxes due in April and now they're cash strapped. But another change may also have an impact next year. In 2018, the standard deduction married couples filing jointly can take is increasing from just under $13,000 to $24,000.

"They are going to get a free deduction of $24,000 so they may not need that charitable deduction to get to that level anymore," explained Lawrence.

Second Harvest Food Bank hopes people will still want to give -- they're depending on it. 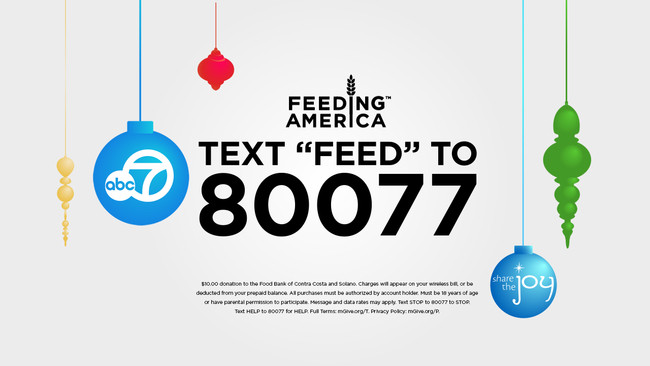