One of those belongs to Neil Blodgett, a man ABC7 News Anchor Dion Lim met on day one of the fires. She's been visiting with his family, and brings this report, six months later, about the difficult journey and the emotions that go along with it.

VIDEO: How to cope with stress after a disaster

We met Neil Blodgett covered in ash, wandering, dazed along the side of the road near the Hilton Sonoma Wine Country on October 9. His home had just been incinerated by flames.

When we caught up with Neil weeks later on one of his first trips back to the home he and his wife and three daughters lived in for 15 years, all that was left were memories.

"I was just traumatized, I mean, I got nothing, I should have been able to grab something," Blodgett said. 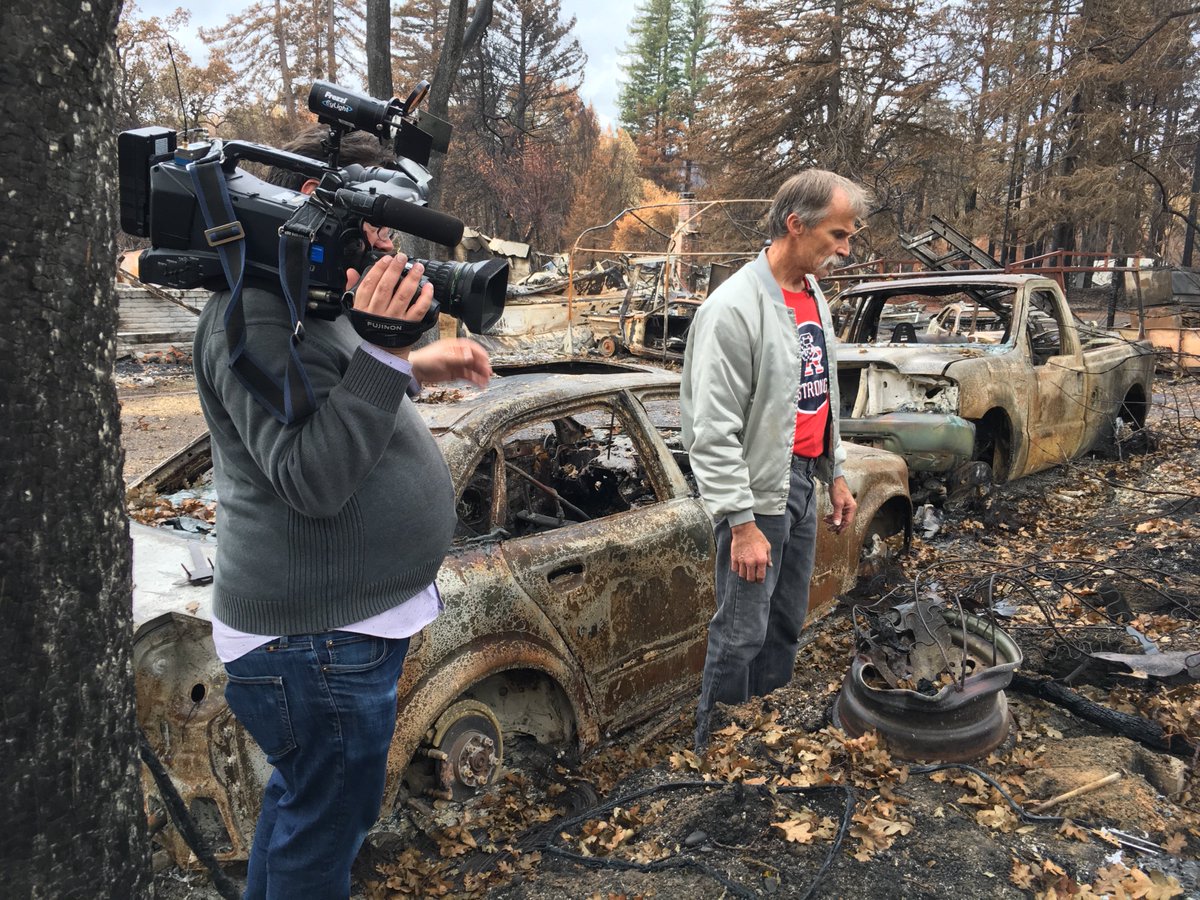 Neil Blodgett looks through what was left of his home after the North Bay fires in Santa Rosa, Calif.

Today, Blodgett and his family are living with his mother. The home he grew up in is about 15 minutes away, also in Santa Rosa.

On the table, there are plans to rebuild. But Blodgett says dealing with insurance and planning has been a challenge -- along with a new wave of emotions just looking at his old, burned tools, or seeing the land where his home once stood.

"It's a war-like feeling. When you're in battle and then when you come back home and you have that feeling that you're sparked off or something. It's just like this fire has done the same thing, I feel, to me."

Crisis counselors say what Blodgett is experiencing is completely normal. That it's at about this time, six months after tragedy, when the sights, sounds or smells of trauma take an emotional effect.

Wendy Wheelwright of the Sonoma County Department of Health Services says people go through a lot of emotions after crisis.

"Some people are going through a lot of emotion, where they're feeling really sad or really angry or really guilty about feeling sad or angry," Wheelwright said.

For Blodgett and his wife, getting through tragedy means focusing on rebuilding, and the family knows they'll get through it together.

"One day at a time, and we'll know the story at the end," laughs Blodgett.

Blodgett went back into the rubble which was his home after the fire, combing through every square inch. He was able to find two rings that he gave to his wife -- one he gave to her one year after they started dating and the other was their anniversary ring. They mean so much -- it's a painful reminder but a happy memory. 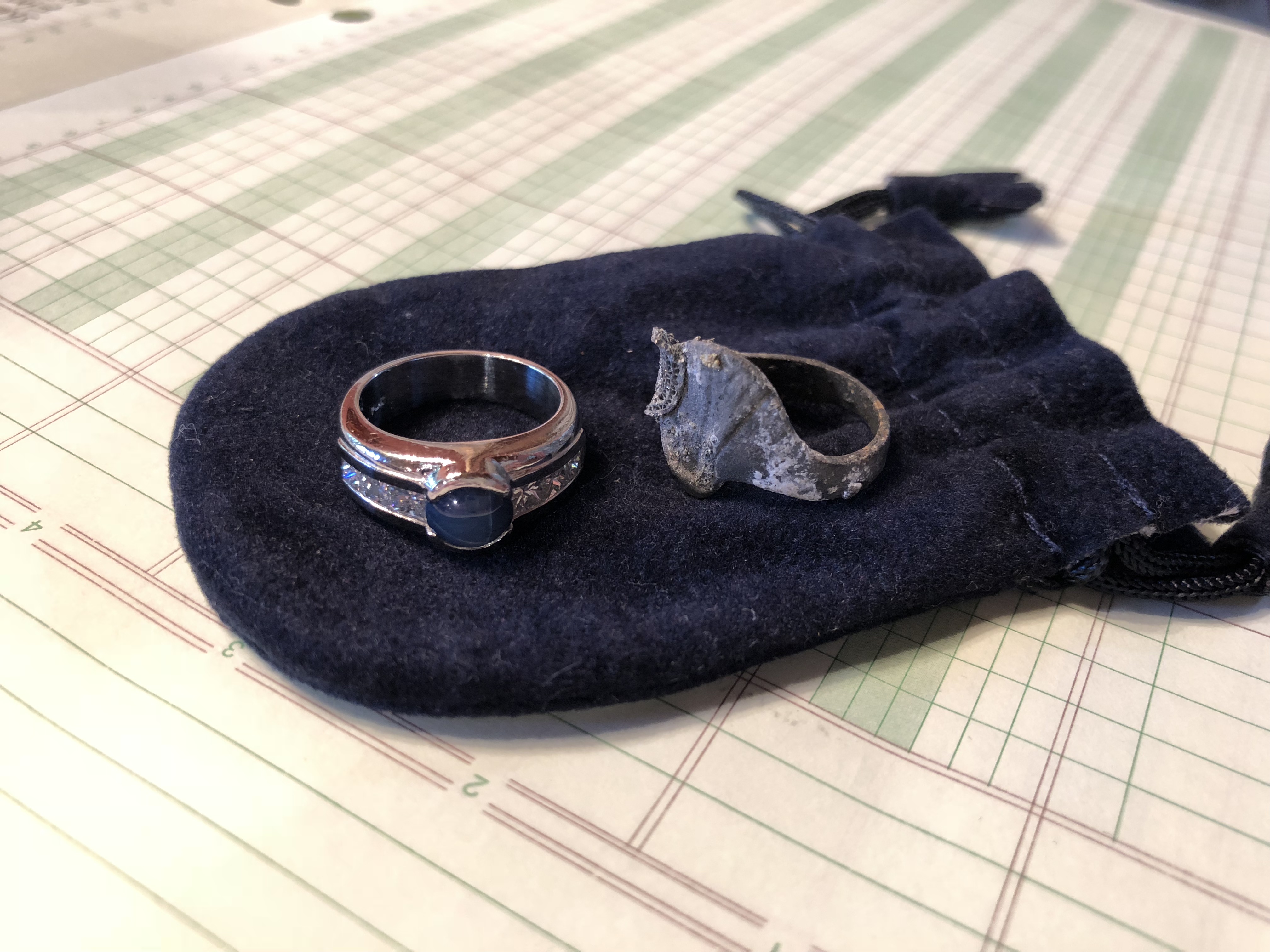 Neil Blodgett found these two rings, which he gave to his wife, in the rubble of his home following the North Bay wildfires.

If you or someone you know would like crisis counseling, a new program just launched this month in Sonoma County called California Hope. It's completely anonymous and a counselor will come to you to help reduce stress and provide emotional support.

Click here for more stories and videos related to the North Bay wildfires.

I met Neil Blodgett 6 months ago after his home burned down f/the Sonoma County 🔥 fires. 6 months later: they have hope & family. But are dealing w/so many emotions. 🏡 4pm/5pm 📺 pic.twitter.com/3ODWSPXquO

Carlynne Blodgett’s home 🏡 in Santa Rosa burned 🔥 to the ground 6 months ago. Her husband Neil searched through every piece of char w/his hands 🤚🏾 & *found* the ring he gave her on the anniversary of their 1st date & 10 year wedding 👰🏻 anniversary. ❤️ pic.twitter.com/fQEPX1IOYg 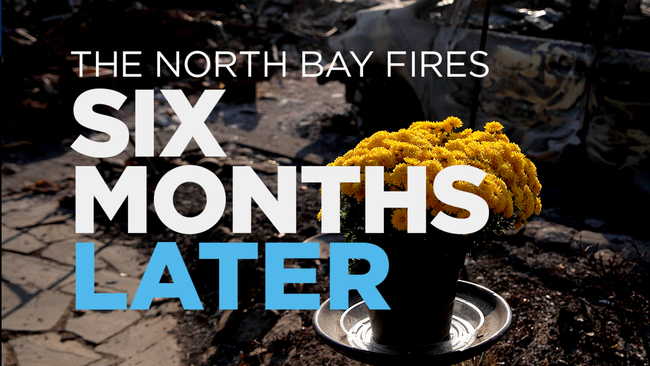 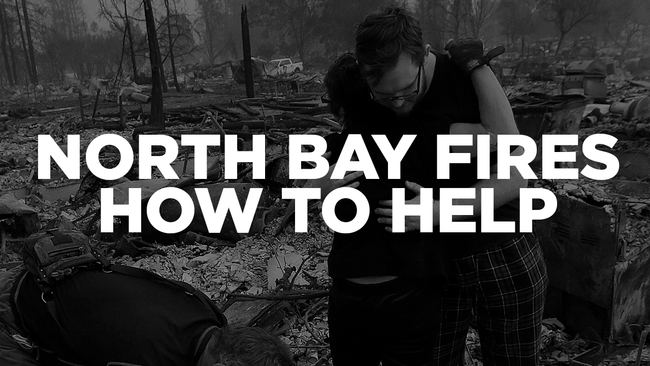 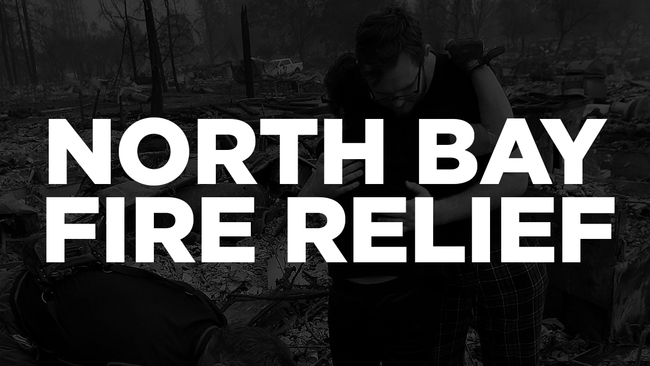