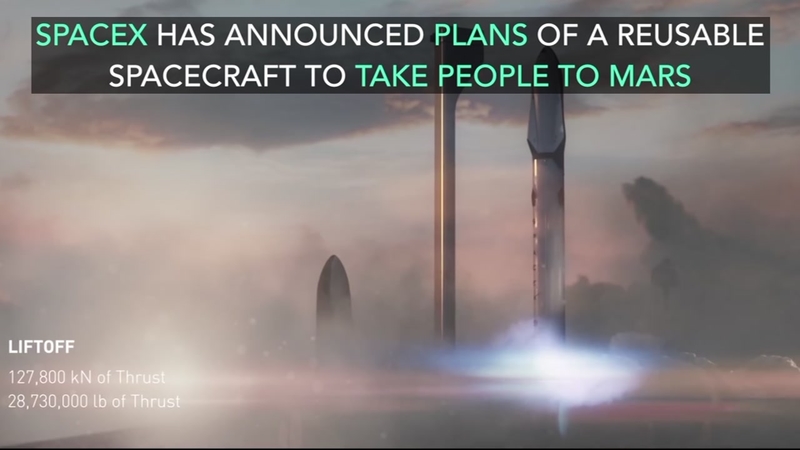 SpaceX announced plans to create a reusable spacecraft that would take people to Mars. According to AccuWeather, the company's CEO Elon Musk unveiled the company's "Interplanetary Transport System for Mars colonization and beyond."

The spacecraft would launch into low-Earth orbit and its booster would return to our home planet, where a new "propellant tanker" would be loaded. "The spacecraft is then refueled for the remainder of the journey," AccuWeather said.

This new announcement, though, comes weeks after one of SpaceX's Falcon 9 rockets was destroyed in an explosion on the launch pad in Cape Canaveral, ABC News reports. The company called the explosion an "anomaly," saying a helium system breach was likely the cause. It plans to resume flight as early as November.