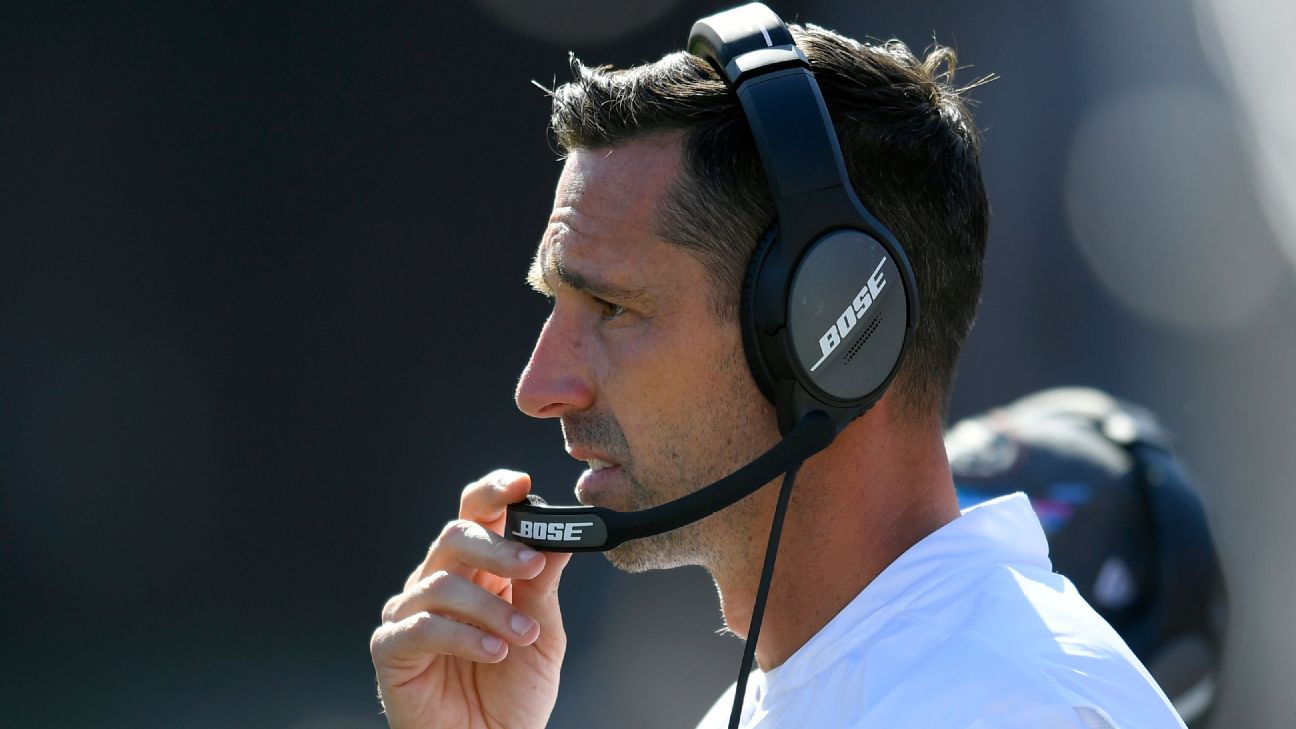 Kyle Shanahan was not yet the head coach of theSan Francisco 49erswhen quarterback Colin Kaepernick began kneeling during the national anthem in protest of systemic racism and oppression in 2016.

From afar, Shanahan said, he watched and understood the message Kaepernick was trying to convey. But now, nearly four years later, Shanahan expressed frustration that it's taken others so long to get the point.


"I think the biggest thing that is so hard with the Colin thing is people misunderstanding what he was doing," Shanahan said. "And I think that's why the reactions have been hard the last couple of days over things that people are still confused [about]. Regardless of whether you agree with how he did it or not, that doesn't matter. What Colin was protesting was something that should be respected by all humans. That did take a lot of courage. That is something that is 1,000 percent wrong and what he was trying to fix and bring light to. And gosh it was hard to bring light to the whole country because people didn't want to totally hear it and it got diluted with so much different stuff."

George Floyd's death in Minneapolis last week has again brought Kaepernick's 2016 protest to the forefront. Floyd, who was black, died when Derek Chauvin, a white police officer, kneeled on his neck for more than eight minutes on May 25. Floyd's death sparked protests in cities across the United States over the past week.

Floyd's death and the ensuing protests have been a primary topic for the 49ers during their virtual meetings this week, Shanahan said. On Thursday, Shanahan spoke to the media via a Zoom call and spent most of the 30-minute session discussing racism and race relations in the country.

When asked about Kaepernick, Shanahan spoke at length about how he believes the former 49ers quarterback's message was lost and how Shanahan gained a deeper appreciation for what Kaepernick did after he became the Niners' head coach in 2017.

Soon after their hiring, Shanahan and general manager John Lynch informed Kaepernick that they intended to release him, which led to Kaepernick opting out of his contract and departing San Francisco. But other players, such as safety Eric Reid, who knelt alongside Kaepernick in 2016, remained on the team.


"Those were the guys who started it and it was very clear when they would articulate it why they were doing it," Shanahan said. "So, the debate on all the other stuff, the flag, everything, like people don't want to hear that. What he was doing was a big deal and whether you disagree with how he did it or not doesn't matter.

Kaepernick has remained unsigned since leaving the 49ers, but other players, including Reid, continued their protest after Shanahan took over.

Shanahan offered public support for those protests at the time, including a 2017 game in Indianapolis in which more than 20 players knelt during the national anthem with their hands over their hearts and teammates at their side.

Vice President Mike Pence attended that game and departed after the national anthem, pointing to the Niners' demonstration as the reason for his exit.


Asked Thursday how he would handle player protests if they occur again this year, Shanahan reiterated his support for his players, noting it would come "probably with more passion."

"I'm all for protests," Shanahan said. "I'm all for change. I hope the protests cause change. Whatever we've got to do to get the change, I'm for it. And I know our organization is, I know [CEO] Jed [York] is, I know our players are. We always have been. What's different now from then? It's embarrassing to say, probably, but I think white people are more passionate about it now than then. That's our ignorance and that's what upsets black people. And they have every right to be upset because they haven't just been telling us this the last few weeks. They've been telling us this since our grandparents. ... It's all the time and it's too long. So, whatever has got to get changed, let's do it."

York announced Saturday night that the 49ers are donating $1 million to local and national organizations "committed to social change." Shanahan said his discussions with players this week have included possible actions they can take as a team to help out.

Those discussions have included topics such as where best to dedicate their time and money, ways to encourage people to register to vote, and how to help young people in their communities.

"I think we all know it's not an easy answer," Shanahan said. "It's the whole country admitting what is wrong, which isn't debatable. So, people need to come out from being sheltered or ignorant, whatever it is. And whoever those people are, kids need to help their parents. The parents need to help their parents. We all need to speak about it and do stuff. ... We're going to do a lot. It's not specific yet, but I know our guys are working that hard." 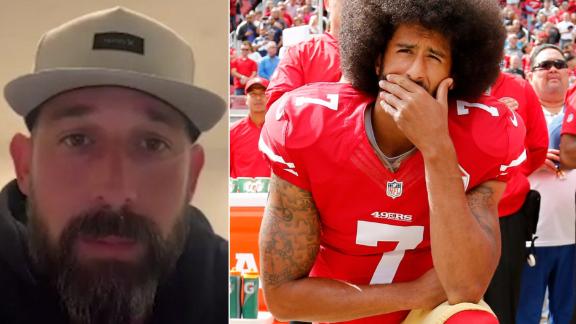