AGA estimates Super Bowl LI to generate $4.7B in bets, most of it illegally wagered 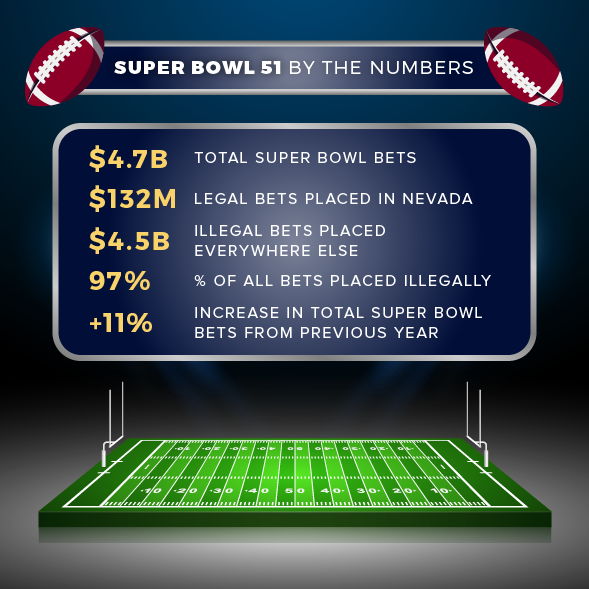 The federal prohibition on sports betting turns 25 this year, but Americans aren't expected to have any trouble getting action on Super Bowl LI.

Americans will stake an estimated $4.7 billion on Sunday's game between the New England Patriots and underdog Atlanta Falcons, according to numbers released Tuesday by the American Gaming Association. It is the equivalent of the estimated sales by online retailer Amazon from Thanksgiving through Cyber Monday in 2016.

The AGA estimates that 97 percent of the money wagered on the Super Bowl in the U.S. will be done so illegally, in an underground sports betting market that has thrived since the Professional and Amateur Sports Protection Act was enacted in 1992.

The estimates are extrapolated primarily from the wagering on the Super Bowl in Nevada, which is tracked by the state's gaming control board, and are difficult to verify, with so much of the betting taking place in an unregulated market.

PASPA restricts legal sports betting to a handful of states, with only Nevada allowed to offer wagering on single events. Last year, $132.54 million was bet on Super Bowl 50 at Nevada's regulated sportsbooks. The rest was shipped to offshore sportsbooks and local bookmakers, who have moved away from the stereotypical phone rooms and primarily operate online now.

The United Kingdom, Canada and Australia are examples of international jurisdictions with regulated sports betting markets. There are ongoing efforts to take the U.S. in that direction.

The AGA, which represents the casino industry in Washington, D.C., is in the process of building a coalition to address PASPA and plans to eventually begin lobbying to lift the prohibition. The U.S. Conference of Mayors, the National Conference of State Legislatures and law enforcement officials, including a former FBI deputy director, are part of the coalition. The AGA also has had recent discussions with broadcasters, advertisers and sports leagues about their efforts, in addition to interested parties on Capitol Hill.

"I think, when the time comes to push this publicly on the Hill, it could be helpful to have some strange bedfellows leading the charge there," AGA CEO and president Geoff Freeman told ESPN in a phone interview. "And I feel good about where we are in terms of recruiting those individuals, folks who've been perhaps outspoken on amateur sports and things like that, but want to take a fresh look at this."

Sen. John McCain, R-Ariz., was a past opponent of sports betting and in the early 2000s attempted to eliminate betting on college sports in Nevada. But McCain has since publicly stated that he believes Congress should re-examine the issueof legalizing and regulating sports betting.

In addition to the AGA's efforts, the House Energy and Commerce Committee has been reviewing federal laws while meeting with stakeholders to form the basis of comprehensive gambling legislation.

"It's time for Congress to update the outdated gaming laws so that they actually address what is currently happening across the United States, including sports betting and daily fantasy sports," Rep. Frank Pallone Jr. from New Jersey, the ranking Democrat on the committee, told ESPN. "I plan to put forward a proposal in the House in the spring that will provide for a more level playing field for all forms of gambling while also including strong consumer protections."

Two of the largest sports organizations are standing in the way. The NFL and NCAA remain opposed to expanding legal sports betting in the U.S.

"Sports wagering threatens both the integrity of the game and the well-being of student-athletes," an NCAA spokesperson told ESPN.

Legalization proponents, including the NBA, argue that a heavily regulated sports betting market that is overseen by licensed officials will help protect the integrity of the games. NBA commissioner Adam Silver has said it is time to bring sports betting "out of the underground and into the sunlight where it can be appropriately monitored and regulated."

Major League Baseball and the NHL have hinted at a willingness to give fresh consideration to the subject, but neither has come out publicly in full support. The PGA Tour, under new commissioner Jay Monahan, has also said it is looking at the issue.

While federal legislation is discussed, several states are positioning themselves in case PASPA is amended or lifted completely. New Jersey has appealed to the Supreme Court in its long-running effort to bring legal sports betting to its ailing casino and racing industry. The Supreme Court recently asked the incoming solicitor general to weigh in on the matter.

In addition to New Jersey, Michigan, New York, Pennsylvania and South Carolina are among states that have taken steps to pursue sports betting this year.

"Sports gambling is happening now, with only the illegal bookmakers making money with absolutely no regulations or advocacy to help people," said Michigan state Rep. Robert Kosowski, a Democrat who introduced a bill in January that would allow the state's casinos to offer sports betting. "Legalized gambling in Michigan would create so many revenue streams so we wouldn't have to keep going back to our constituents for tax hikes."

For now, though, the federal prohibition remains on the books.

"As we mark the 25th anniversary of a failed law, it's time for Washington to get out of the way and lift the federal prohibition that pushes sports fans to a rapidly growing illegal betting market," Freeman added in a release. "A regulated marketplace would generate tax revenue and jobs, protect consumers and leverage cutting-edge technology to strengthen the integrity of the games we all love." 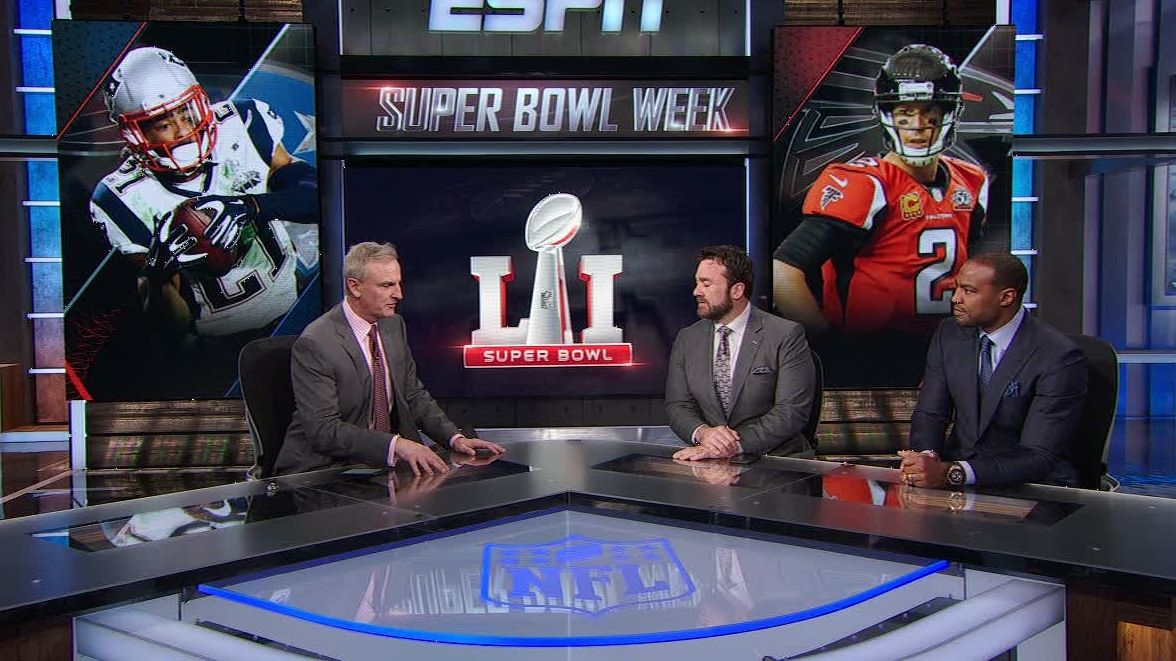