Andre Iguodala on Finals block: 'If J.R. is not there, I'm dunking it' 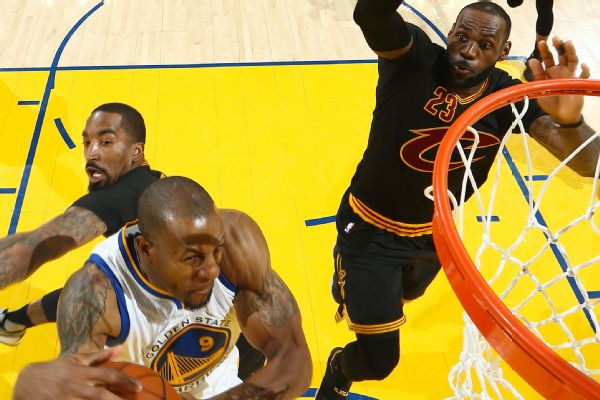 NEW ORLEANS -- It is now widely known as "The Block," and Golden State Warriors forward Andre Iguodala has heard about it countless times.

"Believe me, I hear it all the time," he said in an interview centered on "The Block."

The iconic scene took place at Oracle Arena in Game 7 of the 2016 NBA Finals between the Cleveland Cavaliers and Warriors. The scoreboard read 89-89 with 4:39 remaining in the contest, and both teams would struggle on offense for the duration.

In the midst of that four-minute span of missed field goals and turnovers, it became apparent that whichever team scored first likely would exit the arena victorious. The Warriors were shut out, ending the game with 89 points, while the Cavaliers benefited from the heroics ofKyrie Irving, whose clutch, step-back 3-pointer over Stephen Curry propelled Cleveland to its first NBA championship.

However, before Irving's pivotal trey, the Warriors had what appeared to be a relatively favorable two-on-one fast-break opportunity with a little under two minutes to go that ended, for them, in disaster.

Curry and Iguodala had Cavs guard J.R. Smith backpedaling. Curry dropped a bounce pass to Iguodala, who maneuvered around Smith for a layup attempt, when out of nowhere, LeBron James entered the picture and smacked the ball against the backboard for a memorable, momentum-changing chase-down block. That was the Warriors' best shot at scoring down the stretch.

James is the game's supreme shot-blocker in transition. When he's chasing an opposing player on the break, it's very seldom he doesn't come away with the block or get the player to reverse course and dribble away from the basket out of fear of his reach and athleticism. To have any chance at converting a fast break with James trailing, attempting a dunk would be the path to take.

Does Iguodala have any regrets about how he attacked that play? Does he second-guess going for a layup? He provided his assessment for the first time since "The Block."

"If J.R. is not there, I'm dunking it. Well, I don't know if I'm dunking, though, because I was about to die out there," Iguodala said while busting out in laughter. "But I give him all respect. When he blocked it, I thought somebody got shot. I laugh about it all the time. People try to joke on me. I still get mentions all day from fans always talking about the block.

In large part because of "The Block," the Cavaliers raised the championship banner Tuesday at The Q during the ring ceremony prior to tipping off against the New York Knicks. It was the first game of a TNT doubleheader on opening night.

The Warriors hosted the San Antonio Spurs in the second game. ESPN asked Klay Thompson if he watched the Cavaliers' ring ceremony to add fuel to his fire after the way last season ended and he said, "Hell nah."

Draymond Green didn't watch it either, saying, "I don't need to look at that to get me motivated."

The Warriors were later blown out that evening by 29.

That made it three straight losses at home dating back to the Finals. In the past two seasons, the Warriors lost only four regular-season games at home. One legendary play changed the fortunes of both teams.

But for a veteran like Iguodala, "The Block," he says, won't define his legacy. He's at peace with what occurred. Instead of sulking and overthinking what he could or should have done, he's giving credit where it's due.

"I looked back at it too, and had I came in from a different angle, I could have [dunked it]," he explained. "But you know who made the play? J.R. made the play. Because I came in thinking dunk and then I took off and he swiped [at the ball] and I had to move the ball. If you look, I moved the ball [to my right]. I just tried to finish the play. 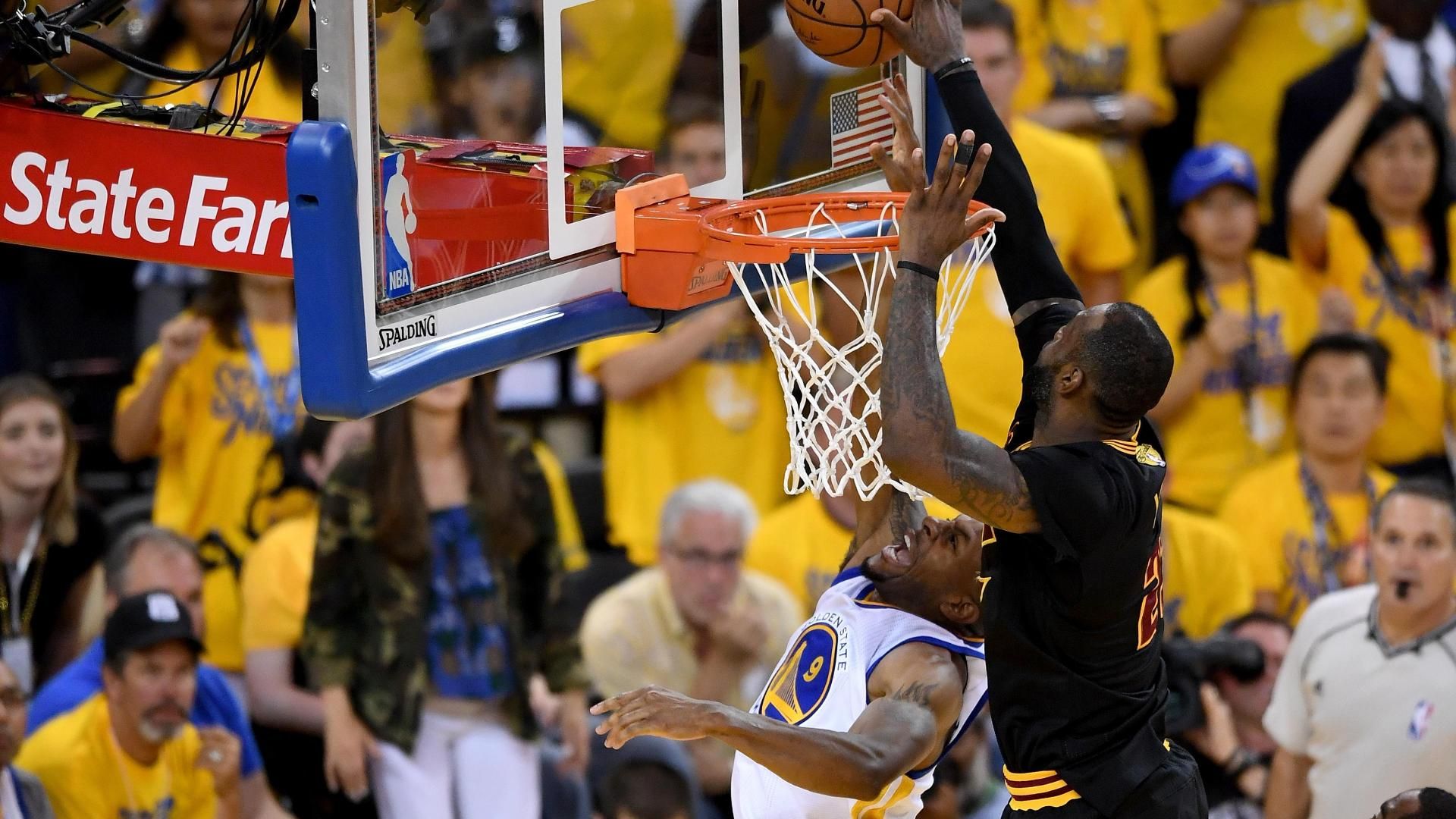