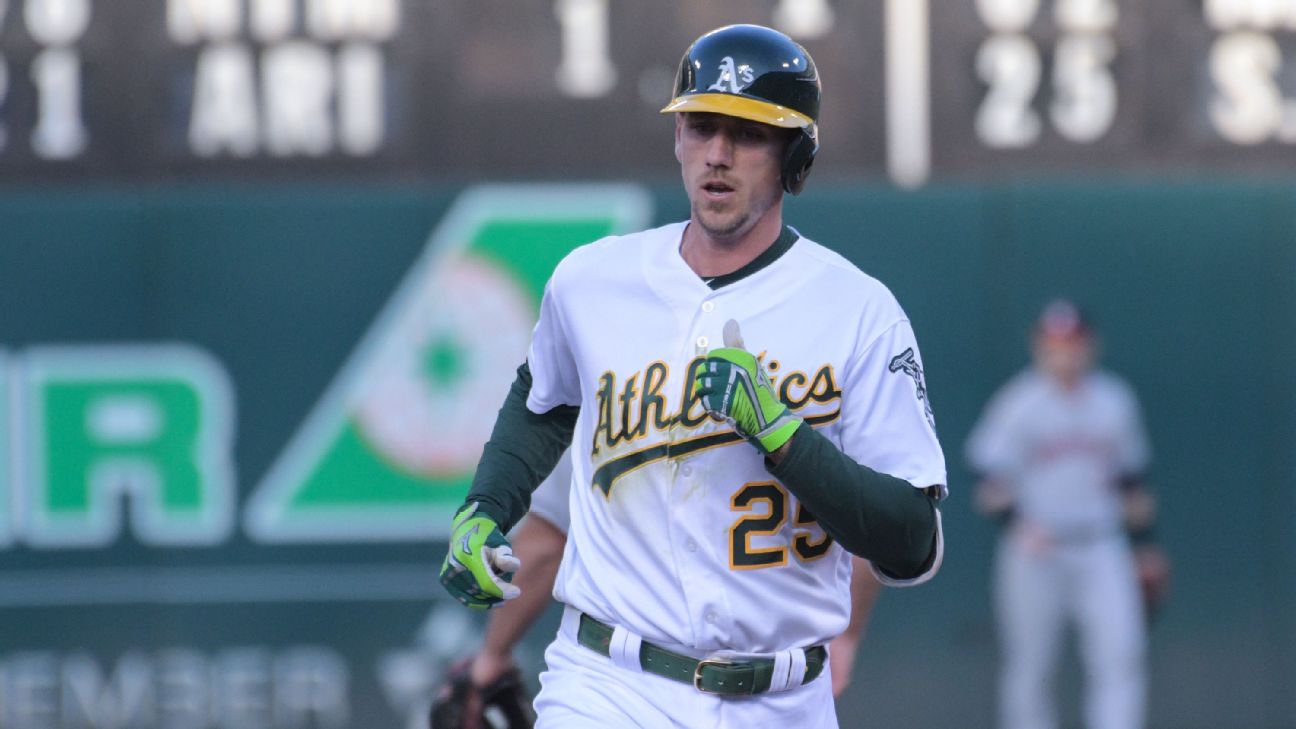 ESPN
OAKLAND, Calif. -- Oakland Athletics outfielder Stephen Piscotty will be out until at least next week after he had a melanoma removed from his right ear.

The 28-year-old Piscotty had surgery Thursday after the melanoma on the outer lobe of his ear was discovered during a routine spot check on May 28. A biopsy came back positive a week later.

"From what I hear, everything was pretty successful," A's manager Bob Melvin said Friday. "He didn't make a big deal of it. Even with the guys he didn't want a lot of fanfare. He didn't want it weighing anybody down. Obviously, we're thinking about it."

Piscotty will be evaluated daily, and the A's expect him to return next week.

General manager David Forst said the good news is the melanoma was discovered early. The A's hold an annual skin check screening for the team, coaches and employees.

"We believe it was caught early, hopefully, as a result of Stephen being vigilant," Forst said. "This is something that we talk about all the time with players and staff, protecting yourself from the sun and having yourself checked regularly."

Piscotty's mother, Gretchen, died on May 6, 2018, from Lou Gehrig's disease, also known as amyotrophic lateral sclerosis, less than a year after being diagnosed. Piscotty was playing for the St. Louis Cardinals when his mother was initially diagnosed, then he was traded to the A's -- a move that was done partly to allow him to be closer to her.

"In his mind, this is probably minor as far as that goes, which it isn't," Melvin said. "It's a big deal. He just wanted to get it over with, and hopefully if it went well get back as soon as possible. That's kind of where we are right now. We haven't made a corresponding move. We might not have to. We'll see where we are at the end of the weekend."
Report a correction or typo
Related topics:
sportsespnoakland athleticsmlbstephen piscotty
Copyright © 2020 ESPN Internet Ventures. All rights reserved.
More Videos
From CNN Newsource affiliates
TOP STORIES