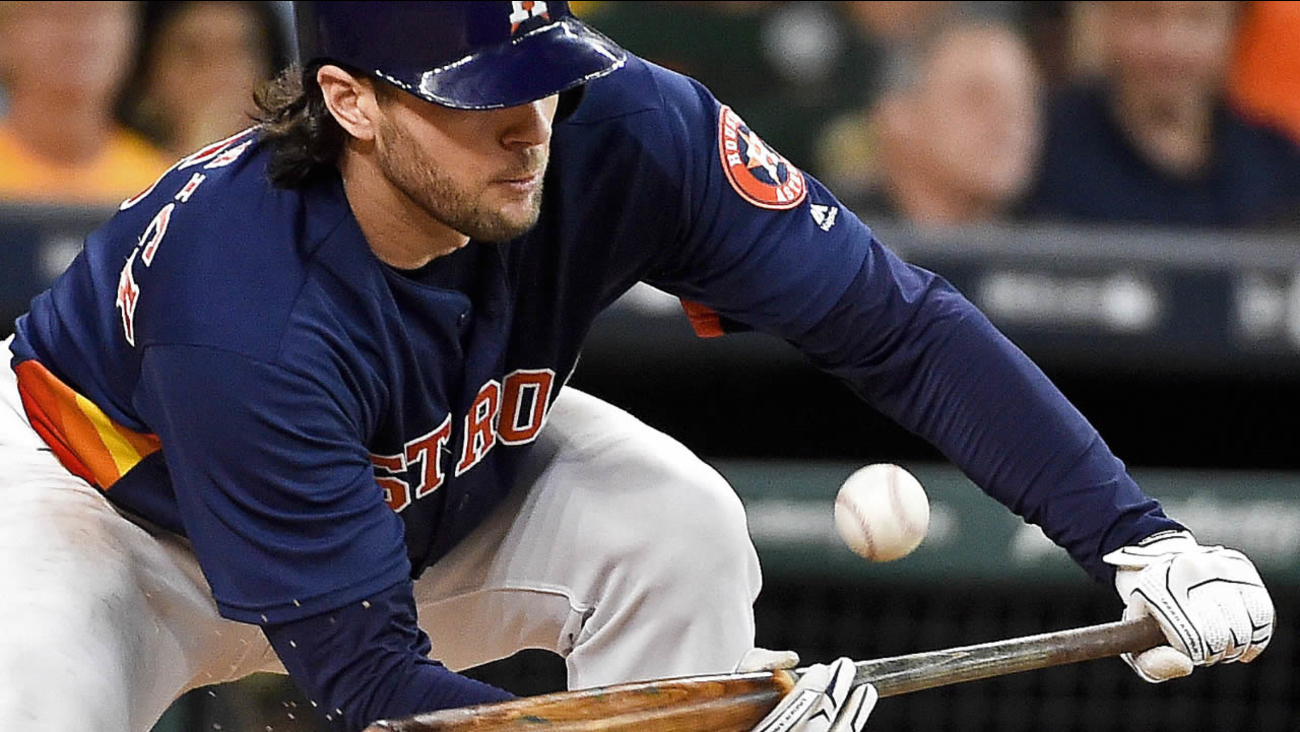 Houston Astros' Jake Marisnick lays down a bunt for a foul in the fifth inning of a baseball game against the Oakland Athletics, Sunday, July 10, 2016, in Houston. (AP Photo/Eric Christian Smith)

AP
HOUSTON -- Jake Marisnick scored the winning run on an errant throw in the 10th inning as the Houston Astros rallied for a 2-1 victory over the Oakland Athletics on Sunday.

Marisnick led off the 10th with a single off Liam Hendricks (0-2) and stole second on George Springer's strikeout before reaching third on a groundout by Marwin Gonzalez.

After Jose Altuve was intentionally walked, Marisnick scored on Carlos Correa's chopper to third that Danny Valencia threw up the line to first as Yonder Alonso's attempted tag missed Correa. It was the A's fourth error of the game.

Evan Gattis hit an RBI double with two outs in the ninth off Ryan Madson to tie it at 1.

Marcus Semien gave the A's a 1-0 lead on an RBI single in the sixth. Matt McBride started the inning with a single and moved to second on Coco Crisp's sacrifice bunt before Semien's single.