KGO
By Wayne Freedman
SAN FRANCISCO (KGO) -- If you look closely at the field in the first game of Thursday night's Bay Bridge series, you may notice something missing. There's no chewing tobacco; a new San Francisco ordinance has banned it.

This is a part of Major League Baseball you don't often see - Gregor Blanco the father spending time with his son on all that beautiful green grass.

It's the stuff of memories, of teaching by example. So you might notice there's no chewing tobacco in sight.

#Giants outfielder Gregor Blanco certainly used no smokeless tobacco as he worked out with his son, Gregor, Jr. pic.twitter.com/ByU0GXNaY4

They will not be doing it inside AT&T Park this year due to a new San Francisco city ordinance banning smokeless tobacco inside all athletic facilities. And that's not just for fans in the stands, but for players on the field, too.

"I have confidence that the players will behave in a way that will make this all be okay," said SF Giants CEO Larry Baer.

It will be a test.

"But at the same time we are grown men," said Blanco. "We should decide what is good for us."

In baseball circles, chewing tobacco is as much a part of the game as bats, balls, and gloves.

"Maybe it's all the downtime that there is around the game, the standing around in the outfield during batting practice," said Oakland Athletics pitcher Eric Surkamp.

And we sure didn't see any chewing tobacco at the Fairmont Hotel Thursday morning as the Giants kicked off this season with their Play Ball Lunch.

The fans love their team, sure. But the tobacco? Not so much.

"They can do whatever they want to do but that whole image with the kids and everything is something they should consider as professional athletes," said SF Giants fan Bob Bohnet.

Re: chew. “I don’t even use it. I think it is disgusting. But the guys that used it do so for a reason.” #giants pic.twitter.com/DTgJCVt80m

As athletes, and as parents.

"When he grows up the mentality I have to talk to him about is why it's not good for him," said Blanco. 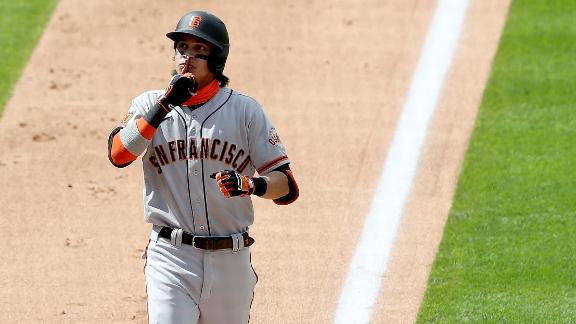 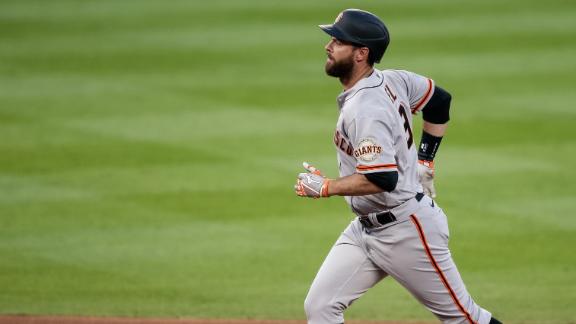