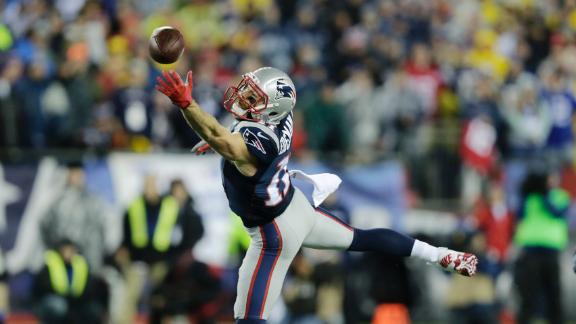 As per its custom, the NFL will follow a modified set of procedures to prepare game balls for Super Bowl XLIX. Established long before allegations of underinflated balls in the AFC Championship Game, the process includes independent equipment managers and ball attendants.

Still, the league "expects that the Competition Committee will review all of these procedures in the offseason," according to NFL spokesman Michael Signora.

The league found earlier this week that 11 of the New England Patriots' 12 game balls were significantly underinflated during the AFC Championship Game, ESPN's Chris Mortensen has reported. In that game, the Patriots' equipment staff supplied balls to referee Walt Anderson at the required two hours, 15 minutes before the game for inspection. As per NFL policy, Anderson marked each ball with his approval and ultimately returned them to the Patriots' ball boys.

In the Super Bowl, however, the NFL will use Chicago Bears equipment manager Tony Medlin to organize the process. Ball boys were hired prior to last week's games.

"Like many aspects of our policies and procedures, there are modifications for the Super Bowl.

"Many aspects of the regular-season process are in place. The Super Bowl teams receive balls to work with during practice as per our policies. The balls are then returned to the league late next week.

"We would expect that the Competition Committee will review all of these procedures in the offseason."

The scope of that review will depend in part on the league's ongoing investigation into the AFC Championship Game. Thursday, Patriots coach Bill Belichick said he had "no explanation" for the underinflated balls.

The Pats will take on the Seattle Seahawks in next Sunday's Super Bowl.

Deflategate Ramifications
Adam Schefter and Louis Riddick discuss the distraction of Deflategate to the Patriots and a timeline for punishment from the NFL.