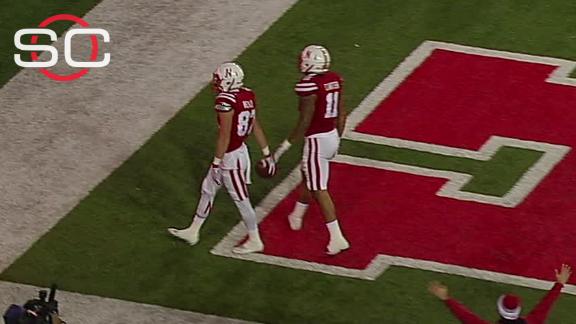 Cornhuskers wide receiver Brandon Reilly went out of bounds before catching a 30-yard touchdown pass from Tommy Armstrong with 17 seconds left in the fourth quarter. On-field officials ruled Reilly's catch was legal because Michigan State cornerback Jermaine Edmondson had forced him out of bounds. The play was reviewed on replay to determine whether Reilly and Edmonson made contact and whether Reilly reestablished himself in the field of play and completed the catch.

"Per NCAA rules, the instant replay crew cannot review the severity of contact, as that is a judgment call handled by the officials on the field," the Big Ten said in a statement to ESPN.com. "If the player went out of bounds without contact, he may not return to the field to make the catch unless it has been touched first by an opponent. The instant replay crew did confirm contact between the players, that the wide receiver reestablished himself in the field of play and completed the catch. After the replay review, the referee announced that the play stands as called on the field. The intent of instant replay is not to review all judgment calls."

The league's statement notes on-field officials used "proper officiating mechanics" to determine Reilly had stepped out of bounds before returning to the field, but the ultimate ruling was a judgment call.

Big Ten supervisor of officials Bill Carollo later elaborated: "The only thing replay could have done to overturn to illegal touching is indisputable video evidence that showed no contact at all. We didn't have that. Replay is not authorized to re-officiate the play. We're comfortable with where we ended up."

Spartans coach Mark Dantonio said he had a long talk Sunday with Carollo but wouldn't comment on the nature of their conversation.

"I think the best thing to do is let the Big Ten do their job,'' he said.

Dantonio added, "I can't complain about the officiating. I can talk about it. But there's more than one play out there where we had the opportunity to win the football game. I'll leave it at that.''

Reilly's touchdown came at the end of a 91-yard play drive that lasted 38 seconds. Michigan State could have all but ended the game if cornerback Arjen Colquhoun had been able to hold on to an interception in the end zone the play before Reilly's touchdown.

The Spartans' loss all but ended their hopes of making the College Football Playoff. They dropped from No. 6 to No. 14 in this week's AP poll. They were No. 7 in last week's initial CFP top 25. 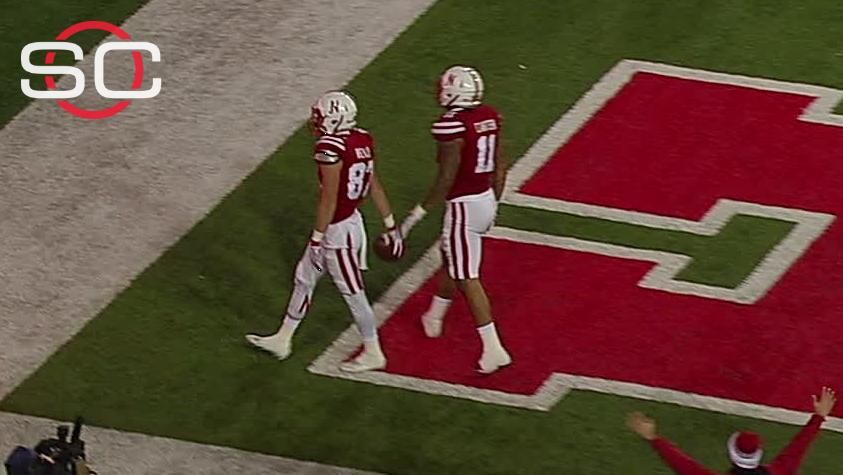