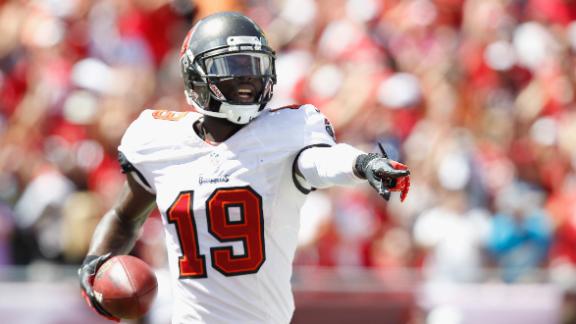 The Buffalo Bills have worked out a trade with the Tampa Bay Buccaneers for wide receiver Mike Williams, it was announced Friday.

The Bills will send a sixth-round pick in next month's draft to Tampa Bay in exchange for the four-year veteran, pending a physical.

Williams adds another proven receiver and depth to Buffalo's receiving corps. He suffered through injuries in 2013 and had a career-low 22 receptions for 216 yards in six games. Before that, Williams was a dependable threat with three straight seasons with at least 63 receptions.

"Mike Williams is a competitive, tough wide receiver who has the size and athleticism to add competition to our receiver position group," Bills coach Doug Marrone said in a release.

In March, Williams was hospitalized after being stabbed in the thigh at his Tampa home. His brother, Eric Baylor, was charged with aggravated battery and domestic violence in the incident.

Williams, who played at Syracuse, was a fourth-round pick by the Buccaneers in 2010.