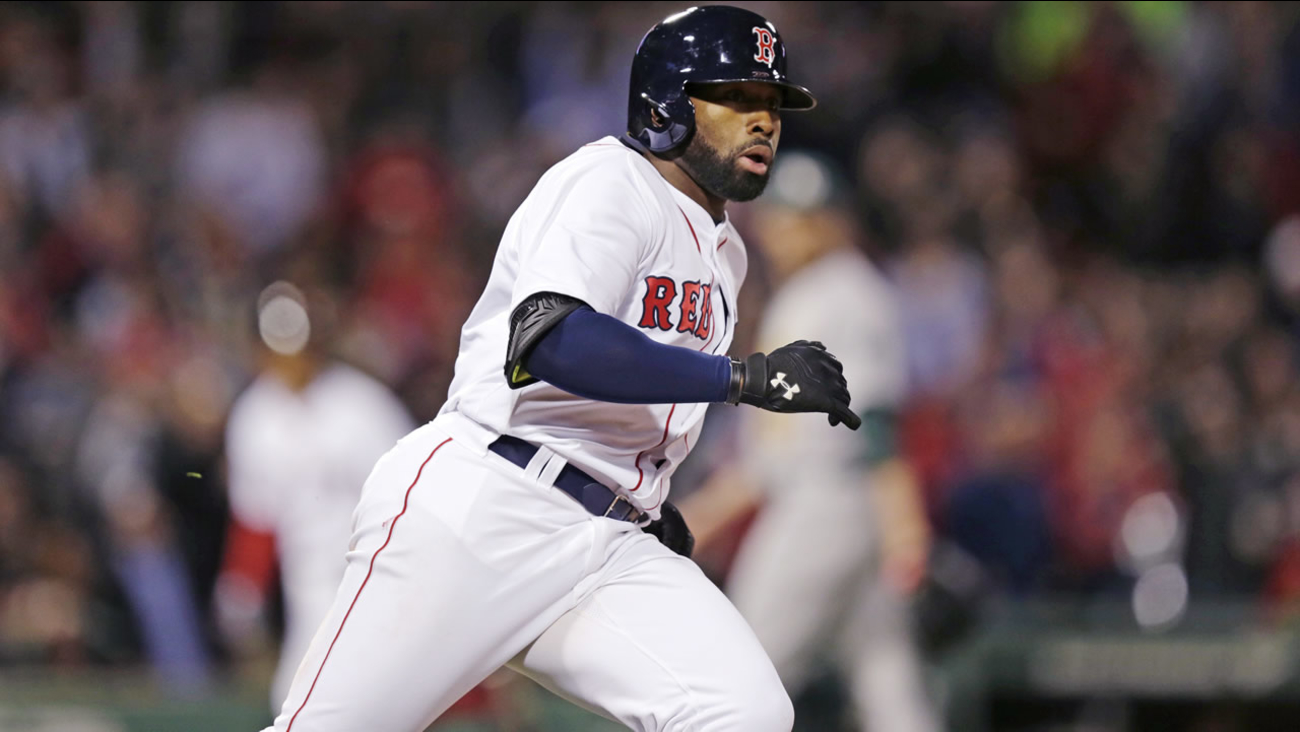 Red Sox's Jackie Bradley Jr. watches the flight of his grand slam as he runs down the first base line during a game against the Athletics in Boston, on May 9, 2016. (AP Photo)

Brock Holt hit a two-run homer, and David Ortiz had three hits and two RBIs for Boston, which has won seven of its last 10 games.

Khris Davis hit his seventh homer and drove in two runs for Oakland, which has lost 12 of 16 and fell to 1-7 this month.

Josh Reddick's club-record streak of hits in eight consecutive at-bats was stopped when he grounded out his first time up.

Oakland scored in each of the first three innings to open a 4-1 lead before the Red Sox charged ahead with their six-run inning.

Boston chased Sonny Gray (3-4) during an inning in which the Red Sox had seven hits, two of them doubles off the Green Monster by Ortiz, and sent 11 batters to the plate.

Travis Shaw's RBI double and Bradley Jr's single tied it, and Mookie Betts doubled in the go-ahead run. Dustin Pedroia's run-scoring single made it 6-4, and Ortiz capped the rally with an RBI double against Fernando Rodriguez.

Holt homered in Oakland's bullpen the next inning, and Bradley hit his slam over a short wall in deep right.

Davis' homer landed into the first row of Monster seats.